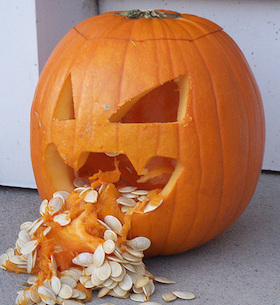 We’ve known for a couple of months now that Verizon was working on their own VCAST Apps app store for their Android customers. This is troubling for a number of reasons — namely that it completely fragments the “open” ecosystem of Android. But the worst part about it was the suggestion that it was going to be shoved in users faces whether they asked for it or not. And that certainly appears to be the case — it starts happening next week.

As Engadget has dug up from Verizon’s site, a software update next week coming to the Droid Incredible phone will bring V CAST Apps along with it. Here’s the blurb:

“Verizon Wireless will begin pushing a software update to the DROID Incredible next week. The update includes software enhancements that will pre-install V CAST Apps on the phone. We said earlier this year that we’d be expanding V CAST Apps to the Android platform, and the DROID Incredible is the first Android phone with the store. Developers continue to submit apps, and as a reminder, V CAST Apps allows carrier billing, so customers who purchase applications through our store will see those charges on their monthly bill. For more information about the update customers can go to www.verizonwireless.com/droidincrediblesupport.”

Yep, pre-installed. And something tells me you won’t be able to uninstall it either. You know, just like those lame apps Verizon already shoves in your face if you are nice enough to buy their Android devices (the other carriers do this too because they can). This is about “choice“, except when there is no choice.

To be fair, the update, which is still Android 2.2, does bring a number of other actually useful features, like 720p video recording. But they come at a price.

Just remember Android fans, if you download any VCAST app, you better make sure you really like Verizon because it’s not going to work on any other Android phones. “Open“.