While my own doctor, Shaky McSliceyhands MD, doesn’t appear in their rankings, Avvo.com has added medical rankings to their already popular lawyer ranking service.

The rankings, based on user reviews and ratings, are completely ad independent and, while I don’t like trusting the general public to rank the men and women who will either get me out of that murder rap or will take a scalpel to my lower intestine, I suppose it’s nice to know who’s who in the medical and legal professions.

The service offers listings for over 800,000 physicians based on public records. Users can rank their doctors anonymously, something that has brought not a few lawsuits to Avvo in the past. Think of it as Yelp for human beings. 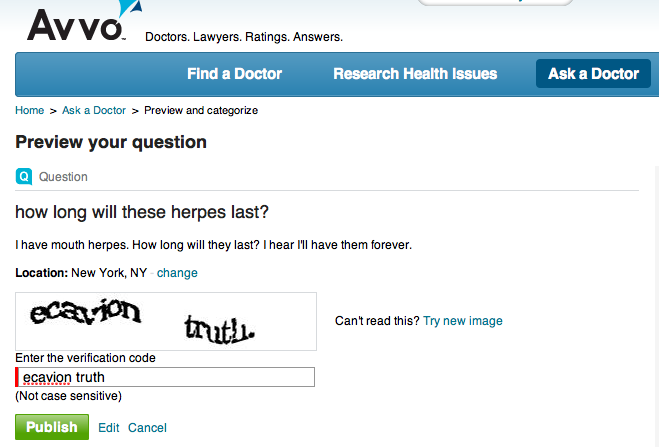 The site also offers free medical advice in addition to its free legal advice. Again, while I trust Angie to steer me right when it comes to folks who can clean up my gutter, I’m loathe to trust free medical advice on the Internet. That said, the service is free, anonymous, and could be a good first step for those with weeping sores, etc.

The site, according to the Seattle Times, sees 2 million visitors per month hand has raised $23 million in funding.