The San Francisco Giants won the World Series earlier this evening and of course the celebration in San Francisco has at this point devolved into multiple riots, which you can now follow on Twitter through the hashtags #SFRiot and #SFScanner. About a hundred or so people have checked into the (mayorless) riot on Foursquare at the venue “Giants Riot on Polk Street” and assorted others.

Facebook was noticeably absent from the roster of social sites heavily involved in the riots.

According to the Twitter stream, several thousand people have taken over 5th and Mission Street and there are currently multiple bonfires at 3rd and King Street. I’m coming across reports of people throwing beer bottles at police and setting a MUNI bus on fire. There’s been talk of a stabbing at the riots at 4th and King Street, which police apparently have under control.

You can also follow the activity on Ustream (above) and the San Francisco Police scanner, which is just about the scariest thing you’ll ever hear.

One caveat about following the riots on Twitter? You’ll definitely intercept more than your fair share of hashtag surfing. 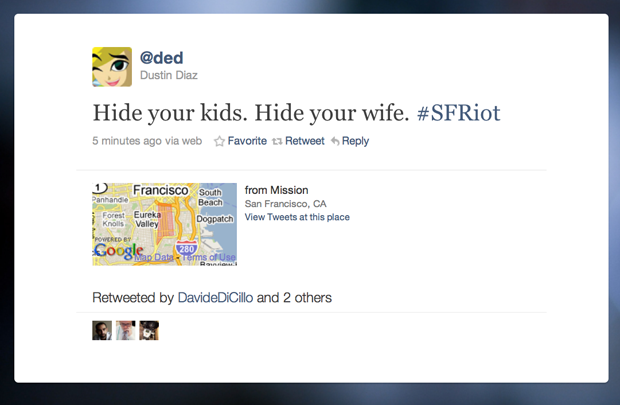 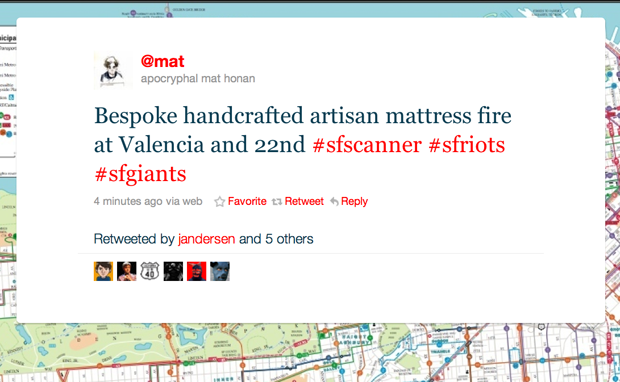 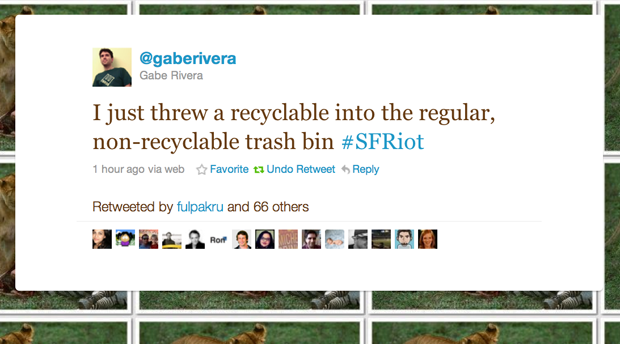 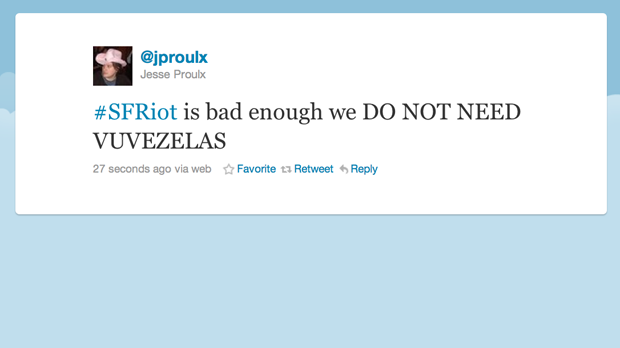 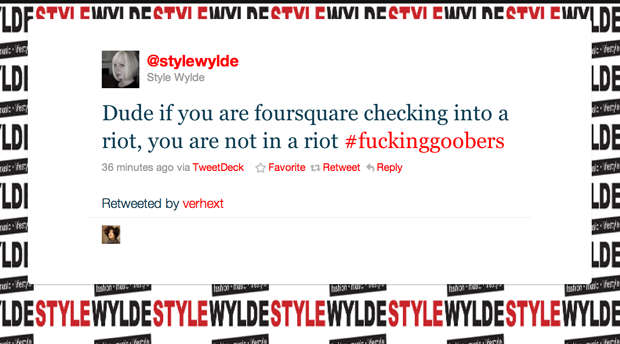 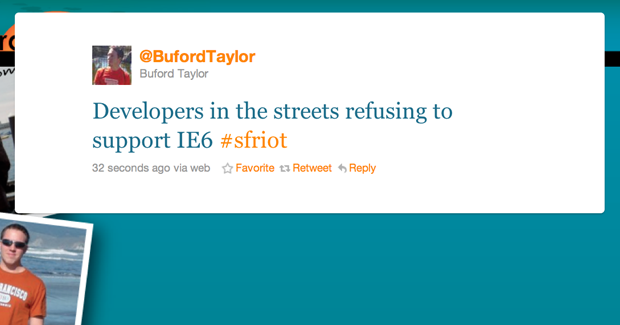