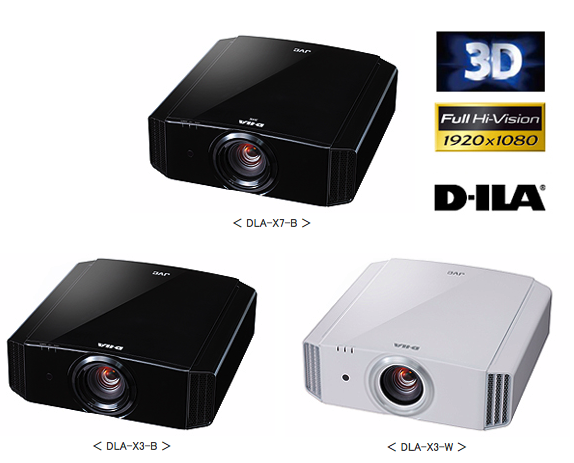 Last month, we’ve blogged about the DLA-HD250/250Pro high-end projectors JVC introduced on the American market. In Japan, home theater freaks will soon [JP] be able to lay their hands on two D-ILA branded projectors that both can produce 3D images and feature full HD resolution, the DLA-X7 (in black) and the DLA-X3 (in black or white).

The main difference between both models is that the X7 boasts 70,000:1 native contrast ratio while that of the X3 stands at 50,000:1. The X7 (pictured again below) also has LAN and a number of analogue PC ports the other model doesn’t have. 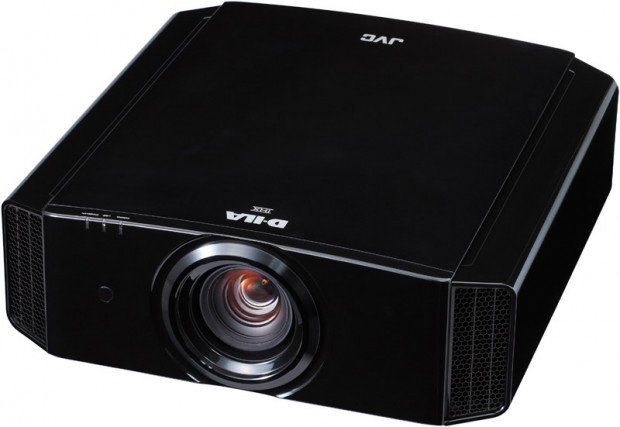 Both projectors feature 1,300 lumens brightness, come with two HDMI (CEC) interfaces and a 220W lamp that lasts 3,000 hours, according to JVC. 3D glasses have to be bought separately.

Update:
As reader ohotos points out in the comments, both projectors have been announced by JVC in the US already (sorry about that). Available in late November, the X7 will have a list price of $7,995, while the X3 will be sold for $4,995.