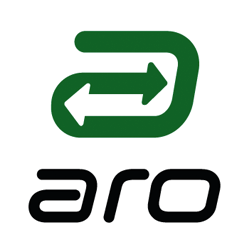 Yesterday, both the New York Times and Robert Scoble unveiled publicly for the first time what a company called Kiha Software has been working on for about three years in stealth now: a piece of software called Aro Mobile. With $20 million in backing from the likes of Microsoft co-founder Paul Allen, they’re obviously getting a lot of buzz. And that should continue when they fully show the system off in a few weeks at Web 2.0 Summit in San Francisco. But for now we have a video sneak peak of it in action, and 1,000 exclusive beta invites for TechCrunch readers to try out the software themselves.

So what is Aro? Currently, it’s a piece of software that runs on top of Google’s mobile Android OS. But it’s not just another layer like some of those awful skins that OEMs design for Android. Instead, it weaves itself into the OS and uses AI and machine intelligence to make sense of what you’re doing with your phone. It natively ties into your email, phone, calendar, address book, and browser to make them potentially much more useful to you when you’re on the go.

Maybe someone sent you an email mentioning an address, the Aro system can recognize that and with the click of a button give you all kinds of actions you can do with it. The same is true with names — of both people and companies. And dozens of other things.

But it really is one of those things that’s better when you see it in action. So watch the videos below. And if you’re interested in signing up to test it out, use this link. The first 1,000 people who do will get priority access to the beta program (though it is still rolling out in waves as they ramp up).