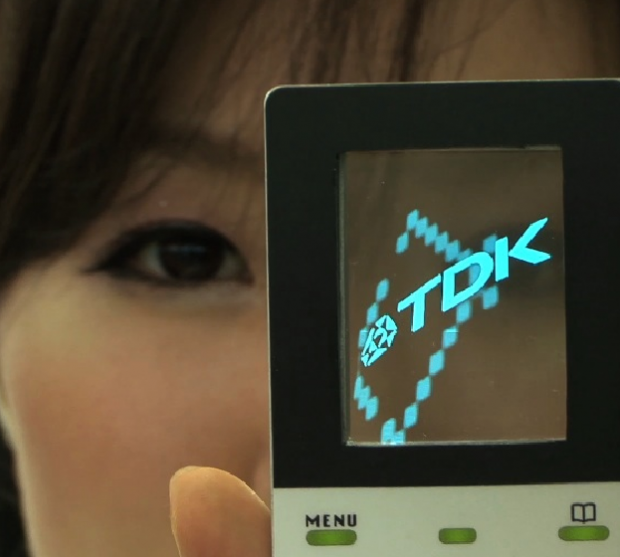 One of the highlights of this year’s CEATEC (a technology exhibition that took place in Japan earlier this month and which we covered extensively) was TDK’s booth. The company showed two prototypes of passive matrix mini OLED panels, one of which is transparent and the other flexible (like the one Sony showed earlier this year).

I took two videos at the exhibition, but this new one, released today by our friends over at Diginfonews in Tokyo, is well worth watching, too.

The see-through OLED features 220 ppi quality with QVGA resolution, is sized at 2-inches and boasts a transmittance of 50-60%. In the video embedded below, a TDK representative says his company hopes to eventually boost the number to 80%. The film-type OLED is less than 0.3 mm thick, bendable (up to a radius of curvature of 25 mm), and ultra-light (0.05g/cm2).

What’s even better is that the TDK employee says his company plans to actually start mass-producing both OLEDs as early as next year. Here’s the (pretty impressive) video: