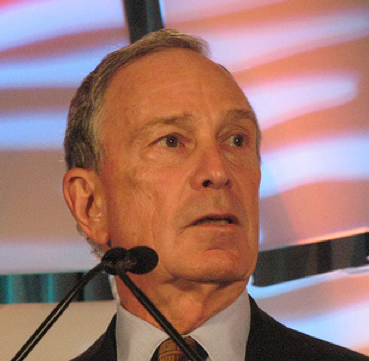 When Mayor Bloomberg wants to make an announcement with Microsoft, CEO Steve Ballmer gets on a plane and flies to New York City. That’s because he’s Mayor Bloomberg, but also because New York City is a very large customer with 100,000 city employees. Today Ballmer and Bloomberg are in City Hall announcing a new five-year deal which will roll up dozens of separate city contracts with Microsoft into one master agreement and is projected to save the city $50 million. The value of the deal is about $100 million, or $20 million a year.

The savings will come from the consolidation of different contracts, but also by shifting some of the city’s software needs to the cloud. The first phase of the deal impacts 30,000 city employees, and will include Microsoft Windows 7, Office, Sharepoint, Exchange, Live Meetings, Azure, Windows Server, development tools, and database products. (When Office 365 becomes available that too could be rolled up into the contract).

City workers will fall into one of three buckets: occasional users, basic users, and power users. The city employs a lot of deskless workers who are out on the streets. Giveing them access to Office, email, and collaboration tools in the cloud makes more sense than giving them desktop versions of OFfice. Power users, on the other hand, will require both desktop and cloud versions. The more software that Microsoft hosts on its own servers, the more the city saves on hardware and IT costs.

Update: Despite the substantial savings, it turns out this wasn’t a competitive process. I’ve learned that Google and other companies were not invited to bid for the deal. Maybe New York city taxpayers could have saved even more.

Update 2: The city confirms that nobody else bid because it wasn’t a new contract. Instead the city renegotiated and consolidated its existing contracts with Microsoft. Pretty weak sauce, if you ask me.