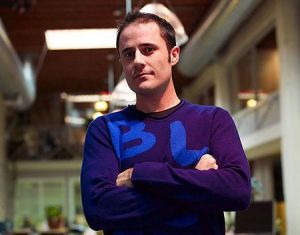 The closest Williams came to scandal and privacy invasion was when TechCrunch published some of his hacked emails, and much of the world just sympathized with Williams rather than piling on. Williams can be as quiet, shy and awkward as any Valley wunderkind, but somehow he’s never called snobby or aloof. He’s generally regarded as the nice guy in Silicon Valley.

The backlash against popular, iconic founders seems inevitable in the age of blogging and social media and it doesn’t take a degree in sociology to figure out that a lot of that has to do with jealousy– whether its over Kevin Rose’s charisma or Mark Zuckerberg’s billions. So how has Williams eluded this? He’s managed to keep himself from becoming iconic despite co-founding, funding and running one of the most iconic social media sites in the world.

In the early days of Twitter co-founder Jack Dorsey was the front man. Even when Williams took over as CEO, he took pains to give credit to his co-founders when he did a high-profile appearance like Oprah, or brought a co-founder with him, like he did at the Commonwealth Club last week. It was co-founder Biz Stone who took the enviable turn on Stephen Colbert’s show, and while we were kidding about now-Twitter CEO Dick Costolo’s turn as male model, co-founder Biz Stone is actually starring in a vodka ad— twice. He’s having a drink with himself bearing the titles “Twitter Pioneer” and “Nerd of the Year.” That’s akin to poking nerds who haven’t been successful with a stick. Mark my words: Haters are gonna hate. It’s exactly the kind of moonwalking that Williams has assiduously avoided.

Even when Williams ousted Dorsey and became CEO, he quickly tapped his friend and Feedburner co-founder Dick Costolo to be COO and anyone shocked and outraged that Costolo was promoted a year later, doesn’t know Williams. The biggest knock I’ve heard made on him by people close to the company is that he surrounds himself with friends, as opposed to (necessarily) the right people for the job. (A claim Costolo addresses in this video interview.) The flipside of that is that Williams isn’t a loner, and by the same token, he isn’t an attention hog.

The best I’ve heard anyone explain this ability to avoid the spotlight was Williams back when Twitter was starting and he encouraged Dorsey to be the CEO. He said he just wasn’t happy being “the guy”– never mind that Twitter was spun out of Wiliams’ previous company using exclusively Williams’ money. Still, given the trappings of ego endemic to human nature, it’s surprising he never got seduced by the spotlight.

It’s no doubt been strategic too. Williams has been in the Valley long enough to see the dangers and limited upside of too much hype. To wit: Twitter has a habit of not over-hyping itself– witness its $1 billion valuation which seems downright paltry compared to Facebook, Zynga and Groupon. Of course, to people outside of our frothy Web economy, another word for “paltry” could be “reasonably valued”– this is a company that takes pains not to hype itself despite a revolving door of celebrities and a Twitter segment on nearly every news and entertainment show. Arguably just the brand “Twitter” is worth $1 billion. And since Williams was the first investor in the company, the company’s muted valuation has kept his net-worth muted, leaving him off lists of the youngest billionaires that Zuckerberg can’t seem to avoid.

Up-and-coming CEOs should take note: You can keep your privacy in the world by keeping your product, not your personality, the star.