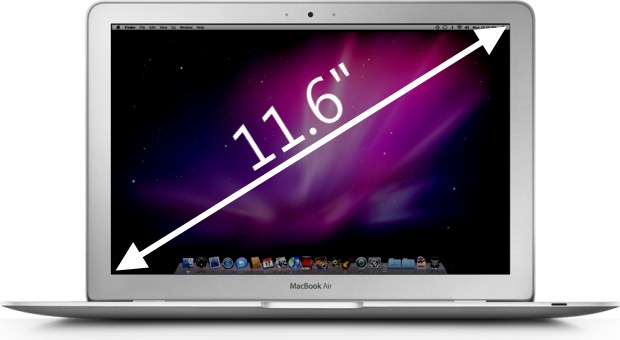 A little more than a week ago, it was reported that MacBook Air retail supplies were dwindling. This has historically indicated a new product or refresh, and now there is chatter suggesting that the new version will indeed be the 11.6″ version we heard about back in July.

A source credited with “pinpoint accuracy” in the past by Apple Insider claims that the new 11.6″ laptops have been in manufacture for about a week. But will it simply be a smaller version of the existing laptop, or something new? I’m going to go with new.

The MacBook Air simply isn’t compelling any more — if it ever truly was as anything more than a fashion item. For compact computing, the iPad and netbooks have really pushed the limits for portability, and tablets are going to be huge over the next six months. And although the Air is still an impressively svelte machine, it’s not really much smaller than a 13″ MacBook, though it certainly is lighter.

So they’ve got to do something new. A whole new internal layout is in order — probably borrowing a lot from the iPad, but using a Core i3 processor with more RAM, hybrid graphics, and a few of the usual accessory ports. I think they’re going to put something out that’s only a little thicker than the iPad when closed, and resembles the design of that device and the iPhone 4 (i.e. sharper edges). Apple Insider also speculates (and I agree) that a non-traditional storage system will be used — there’s no particular reason to use actual jacketed 2.5″ SSDs when you can integrate storage on the board. It won’t be user-replaceable, but that hasn’t stopped Apple before.

Could there be even more to it, though? Let’s use our imaginations. It’s all pure wishwork from here on. 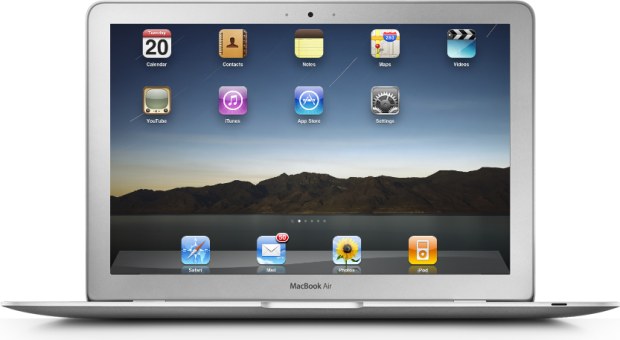 The new OS X version promises many updates to OS X. But what is really in need of updating? As I suggested in the event announcement article, it’s possible that Lion will be a major change, and will be a crossover event with iOS. A convertible MacBook Air with a touchscreen that essentially turns into an iPad? It may sound like fiction, but Apple is full of surprises. Such a device (perhaps the “iPad Pro” I posited some weeks back) would send millions of nerds into ecstasy: marrying the rigidly defined iPad to the flexible and powerful OS X, with easy syncing, shared resources, and everything.

I’m freaking myself out here with how cool that would be. Too bad it’s just a fantasy for now. Plus there are all kinds of resolution and engineering obstacles. I remember a post by Doug from 2008 on this very topic. If Apple proves him right this far down the line, he’ll have some pretty serious bragging rights.

At any rate, Apple’s reticence to enter the low-cost netbook world will probably remain. This new device, whether it’s just a slimmed-down Air or the crossover device I dreamt up above, will almost certainly be quite expensive. Apple’s objection to netbooks isn’t that you can’t have a good experience on a small form factor, but rather that netbooks are cheap devices and feel like it.

We’ll find out on the 20th, anyway, when we report live from the Apple event. Join us for our liveblog and additional reporting on Wednesday.