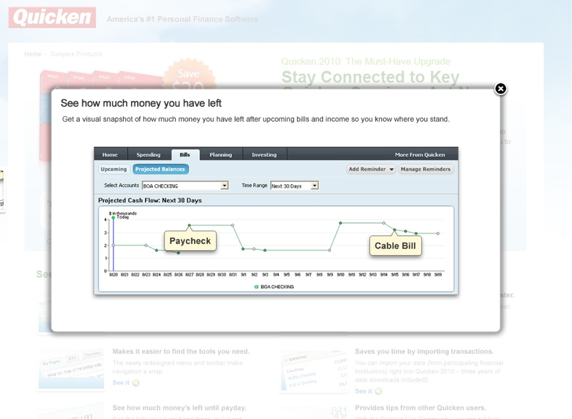 One of the reasons Aaron Patzer founded personal finance site Mint.com was because of his frustrations with Intuit’s financial management software Quicken. Quicken, says Patzer wasn’t user-friendly, and in Patzer’s own words “felt like a product from 1996.” Flash forward two years, and Patzer’s Mint.com (which was also a TechCrunch50 winner) was bought by Intuit for $170 million in the Fall of 2009. Clearly, Intuit perhaps agreed with Patzer, who is now vice president and general manager of Intuit’s personal finance group, that its own financial products needed a a makeover. Today, Quicken 2011 is debuting its software for Windows that includes more features from Mint.com.

This is the first version of Quicken to reflect the collaboration of the Quicken Desktop and Mint.com product and engineering teams since last fall. The new version for Windows users includes 360-degree financial view that brings together all accounts, including bank, credit card, investment and retirement. Intuit has also added support for 7,000 more banks and now lists 12,000 banks and credit union in the U.S.

Quicken’s new automated engine categorizes transactions (i.e. business, clothes, groceries, etc.) Credit card payments are automatically matched to transfers from checking or savings, to ensure they’re not double-counted. You can also create budgets within the software based on an individual’s historical spending and the software will include expense alerts and a graph to project cash flow help users avoid late fees and penalties. Pricing for Quicken 2011 ranges from $29.99 to $89.99.

Patzer says of the new version: “It combines the best of Quicken with what we built into Mint.com to help ease the burden on people trying to manage their money…The product is customizable and intuitive, two things that people have come to expect from modern software.”

One feature that is clearly lacking between Quicken and Mint is the ability to sync your Quicken desktop software with your Mint.com web account, and integrate the data (Quicken Online users are being merged to Mint.com). But Patzer says that this will soon be added to the suite of products. His goal is for Quicken and Mint to work seamlessly across all platforms, including mobile.

On another note, the Intuit acquisition doesn’t seem to have stunted Mint.com’s growth. Patzer says that the platform has grown from 1.7 million users in September of 2009 to 4.2 million users currently. 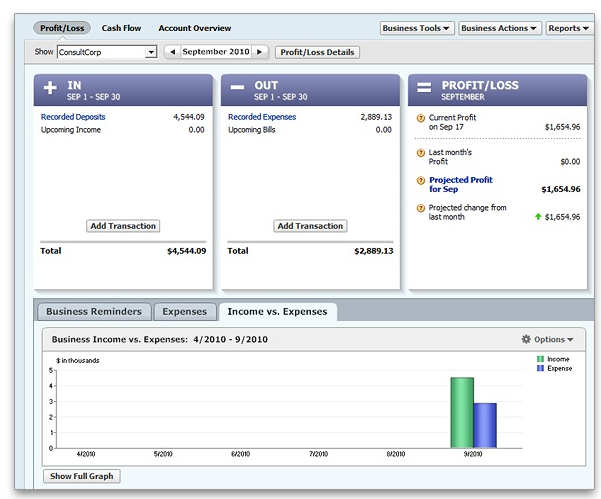