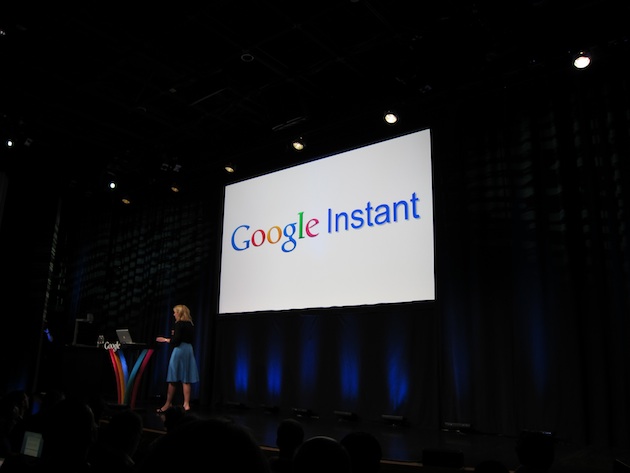 Moments ago on its earnings call, Google took an opportunity to talk about the success of its latest products. The first in line: Google Instant, the totally revamped search interface that Google launched last month, which displays search results as soon as you begin typing (rather than requiring the user to hit ‘enter’ or click the search button).

At the time of the launch, there was much speculation on what impact Instant would have on Google’s bottom line — was it designed to boost the number of ads displayed? Well, now we have an answer: Jonathan Rosenberg , SVP Product Management at Google, said on the call that “from a revenue standpoint impact [of Google Instant] has been minimal.” He added that it’s also expensive from a resource standpoint. They launched it, he says, “because it’s so much better”. As evidence of this, Rosenberg said that according to Google’s data, the more people use Google Instant, the more they like it.

Rosenberg then launched into some stats around AdWords to prove that Google does in fact care about money. But, for now at least, Google says Instant is all about the user experience, and not the bottom line.