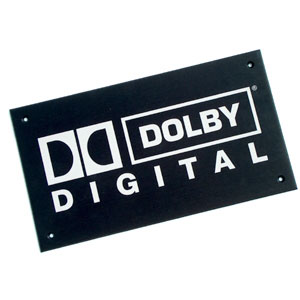 Netflix is one step closer to dominating the movie watching experience with the addition of Dolby Digital Plus. Starting Monday, Netflix movies streamed via a PS3 will be in the 5.1 surround sound mode. Other Netflix streaming devices will get the ability “over time” as well. This addition brings DVD-quality sound — which is probably good enough for most people — to the PS3 and makes Netflix a viable option for those that actually care about audio quality.

Update: Oh, and Netflix is going disc-free on the PS3 as well.

“Netflix is committed to delivering an unparalleled experience to its members who watch TV shows and movies streamed instantly over the Internet,” said Greg Peters, Netflix vice president of product development.  “Netflix required an audio solution that could efficiently deliver an outstanding surround sound experience for a wide range of consumer devices.  Dolby Digital Plus proved to be the best solution to meet our needs and the needs of our device partners.”

Dolby Digital Plus supports up to 7.1 channels of premium-quality surround sound and allows consumers to enjoy outstanding high-definition audio from broadcasts, streaming and downloaded media, and Blu-ray Disc™.  To date, tens of millions of TVs, set-top boxes, Blu-ray Disc players, Audio/Video receivers, and mobile phones have shipped with Dolby Digital Plus.

Dolby Digital Plus is a sophisticated audio system based on Dolby Digital that has been adopted by many of the world’s leading broadcasters, TV and set-top-box manufacturers, and device makers to provide consumers with full digital surround sound.  It is designed to adapt to the changing demands of entertainment delivery while retaining compatibility with existing Dolby Digital 5.1-channel home theater systems.

Dolby Laboratories (NYSE: DLB) is the global leader in technologies that are essential elements in the best entertainment experiences.  Founded in 1965 and best known for high-quality audio and surround sound, Dolby creates innovations that enrich entertainment at the movies, at home, or on the go.  Visit www.dolby.com for more information.

With more than 15 million members in the United States and Canada, Netflix, Inc. (NASDAQ: NFLX) is the world’s leading Internet subscription service for enjoying movies and TV shows.  For $8.99 a month, Netflix members in the U.S. can instantly watch unlimited movies and TV episodes streaming right to their TVs and computers and can receive unlimited DVDs delivered quickly to their homes.  In Canada, streaming unlimited movies and TV shows from Netflix is available for $7.99 a month.  There are never any due dates or late fees with Netflix.  Among the large and expanding base of supported devices streaming from Netflix are the Microsoft® Xbox 360®, Nintendo® Wii™, and Sony Computer Entertainment’s PS3 consoles; Blu-ray Disc players from the Best Buy(SM) Insignia brand, LG®, and Samsung; Internet TVs from LG, Samsung, Sony, and Vizio®; the Roku® digital video player and TiVo(SM) digital video recorders; and the Apple® iPhone®, iPad™, and iPod® touch.  All of these devices are available for purchase in the United States.  A growing number of supported devices are available for purchase in Canada.  For more information, visit www.netflix.com.