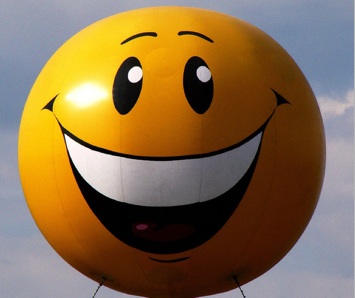 On the face of it, this whole idea of AOL somehow buying Yahoo seems absurd. AOL’s market cap ($2.6 billion) is about one eighth the size of Yahoo’s ($20 billion). But as the Wall Street Journal reports, private equity firms Silver Lake Partners and Blackstone Group are penciling out ways to combine AOL with Yahoo in some sort of reverse merger, with Tim Armstrong becoming CEO. The thinking is that Yahoo could sell it’s 40 percent stake of Alibaba (which could be worth as much as $10 billion) back to Alibaba, and shed some other assets as well to shrink the company to a more manageable size. AOL would do a reverse merger into Yahoo, and the private equity firms would finance the whole thing with debt, possibly taking the newly merged company private.

It sounds like a pretty tortuous transaction. (Disclaimer: Although I am now an AOL employee and TechCrunch is a recent acquiree, I have no direct knowledge of these talks one way or another). Even the WSJ notes that nobody’s bothered to ask Yahoo what they think about this idea yet. That’s because it’s a trial balloon.

If the stock goes up on the rumor, the idea could gain currency among shareholders and Yahoo’s board might have to actually consider it. By leaking the details of the proposed deal to the WSJ, the people who want to make the deal happen are presenting the idea directly to shareholders rather than privately discussing it with Yahoo first. That fact alone makes it a long shot. Great deals that make sense financially usually get worked out first in private between the two companies merging. Public trial balloons like this one go up when shareholders are so frustrated with a company, as they are today with Yahoo, that they grasp at any chance at a new direction.

But let’s look at how such a deal could work. Combining the two companies is not a completely crazy idea. It’s not the first time an AOL-Yahoo combo has been considered either. Two years ago, an AOL-Yahoo merger was thrown out there as an alternative to a Microsoft buyout. Heck, Steve Case once tried to buy Yahoo for $2 million back when it was just Jerry Yang and David Filo.

Things are different this time around. AOL is once again a newly public company trying to reinvent itself as a 21st Century digital media company. It one of the Web’s largest publishers and advertisers, with particular strength in online display ads, much like Yahoo. The online advertising business benefits from scale. Henry Blodget has detailed many of the reasons why an AOL-Yahoo merger makes sense: they both operate online media properties which attract advertisers by their sheer size and reach; they can cut costs by eliminating duplication (mail, homepage, IM, sports, finance, ad network, etc.); they would gain more leverage with search and media partners.

All of that is true. Buying scale makes sense to some extent. And Yahoo buying AOL, rather than the other way around, would make even more sense and be a lot cleaner. (Armstrong can still become CEO, and Bartz can become chairman). But there are downsides as well. While Yahoo and AOL are distracted with firing people and integrating business units and backend technologies for at least two years, the Internet will continue to move ahead without them. Big mergers rarely work out well.