SearchIgnite, a provider of paid search optimization solutions which claims to manage more than $600 million in pay-per-click (PPC) spend annually, has released its latest report on the paid search market in the United States. According to the company, spend on paid search ads increased close to 6% year-over-year.

Google commanded no less than 80.2% of all U.S. PPC ad spend in the third quarter, picking up 2 percentage points even compared to last quarter.

And yet, SearchIgnite says early data coming out of the Bing-Yahoo alliance bodes well for Bing to become a viable competitor in the future.

Paid search spend in in the U.S. in the third quarter increased 5.8% year-over-year, compared with flat growth a year ago, adds SearchIgnite.

According to SearchIgnite, PPC ads delivered by Bing show little cost-per-click inflation thus far (something many in the industry feared), and the company doesn’t expect them to markedly inflate in the future either.

The report tracked more than 55 billion impressions and more than 1 billion clicks on Google, Yahoo and MSN/Bing from January 1, 2006 through September 30, 2010. 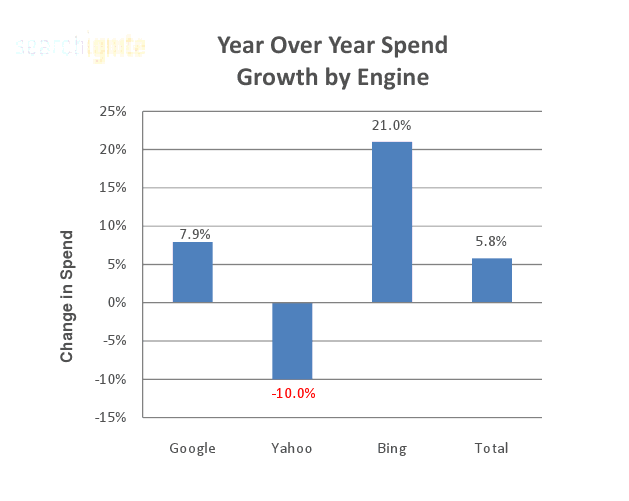