I recently had the pleasure of touring the HP Workstation facility in Ft. Collins, Colorado. I was there with a number of other journalists, both web and print, for a behind-the-scenes look at what goes into the construction and support of HP workstations. The word “workstation” is often used interchangeably with the word “computer” in a lot of general conversations, and this is more true than ever with the hegemony of the x86 architecture; but the word “workstation” here describes a very specific class of computer.

This is not your day-to-day office desktop for email and word processing. This is not your tricked out gaming rig for eeking out every last frame from World of Warcraft. Workstations are high-performance systems used for intense computing operations: CAD/CAM, medical imaging, scientific modeling, and computer animation, to name just a few. Workstations are used by organizations that rely heavily on their computing power, and for whom systems failure can result in catastrophic loss of productivity.

I learned a lot in the short time that I was there, and I’d like to share some of that with you. Please humor me if at times this sounds like a sales pitch. It’s not. I have no vested interest in your purchasing decisions. I’m sure other manufacturers have similarly interesting facilities, but I didn’t tour their facilities so I can’t make comparisons to them. Also, I should point out that at my day job we use HP workstations exclusively in our academic computer labs. We’ve been delighted with them, and with HP, and I’ll share some of my personal experiences when it’s appropriate.

Throughout the 1990s and 2000s, the four big vendors for workstations were HP, IBM, Sun, and Silicon Graphics. Prior to that there were also Apollo and DEC. HP is the only one still thriving today. Sun has consistently struggled with whether they wanted to be a hardware company or a software company, and their recent purchase by Oracle likely won’t help that identity crisis. SGI is dead. IBM still sells workstations, but I don’t know anyone who uses them. There are a number of reasons for HP’s successful longevity, some strategic, and some historical. 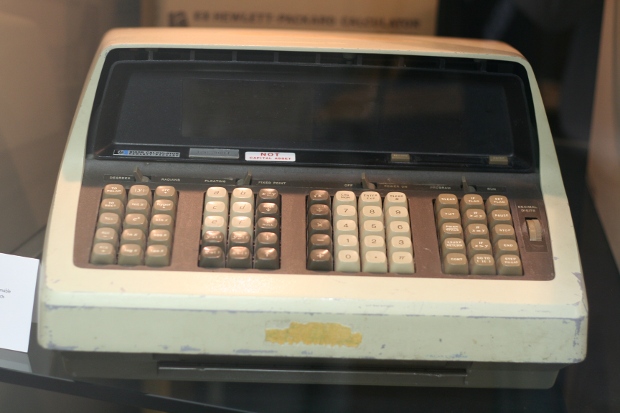 In 1968 HP unveiled the HP-9100A, which they billed as a calculator but Science magazine calls it the first personal computer. This sets the stage for the pedigree of HP innovations. Through the 1980s, HP released a number of workstation systems, each of which represented enormous technical achievement for the era. The 500 series, launched in 1982, was the first multi-processor workstation in the world. The 300 series, launched in 1985, featured custom 3D graphics engines, designed and fabricated by HP. In the late 80s, HP acquired Apollo, and in 1990 released the 400 series workstations, which could run either HP-UX or Apollo’s Domain/OS. Workstations were a specialized device, and required specialized hardware. HP, in their Ft. Collins facility, designed and built chipsets and GPUs, wrote their own OS and drivers, as well as firmware. They were extremely vertically integrated, and were able to leverage their design expertise in hardware in many ways. 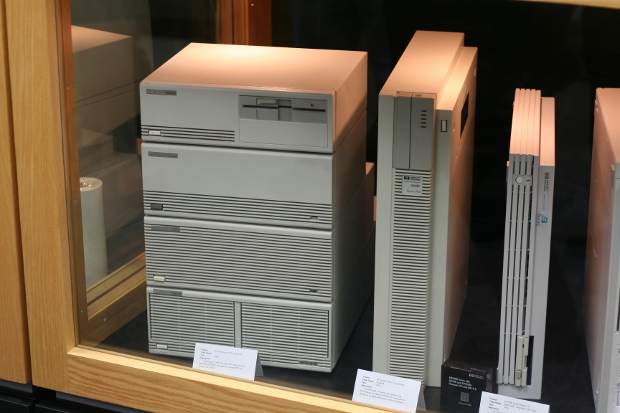 Up through the 90s, workstations used mostly RISC-based CPUs and ran various UNIX operating systems. In the late 90s, HP saw that RISC would eventually “run out of gas”, as it was explained to us at the tour. At this same time, consumer graphics had also exploded, with players like ATI and NVidia making huge advances. HP leadership saw the writing on the wall, and divested themselves of their graphics development. They also shed their chipset development and manufacturing operations. Instead, they decided to apply their rich engineering history to commodity integration.

The lure of using commodity hardware as a cost savings mechanism is balanced by a technical understanding that only comes from a deep history of actually building hardware oneself. It’s a fine line to walk, and I think it’s a testament to HP’s technical provenance that they are able to succeed in the workstation business today.

As an example of the kinds of things possible through HP’s history with workstations: Dreamworks, the animation company that brought us Shrek, wanted to move away from the dying SGI platform, but there simply wasn’t a viable choice to handle the complex rendering operations they performed every single day. The HP workstation team ported the HP-UX OpenGL systems to Linux, and opened up a new choice to Dreamworks. The developers responsible for that porting are still employed at HP today, and lend their expertise to all manner of graphics issues even today. 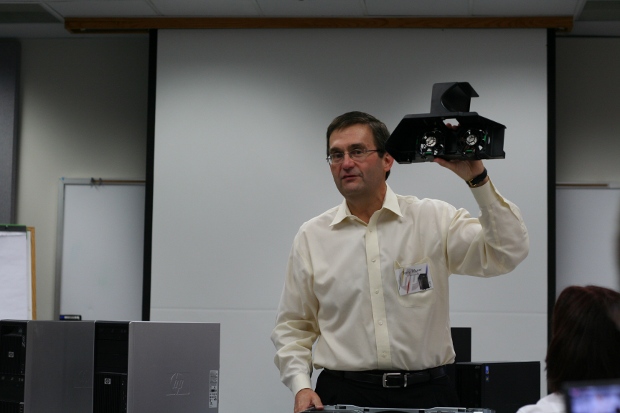 Terry Pilsner, Vice President of Research & Development for the Workstation Global Business Unit, shared with us his five principles for making the HP workstation team so successful:

That last bullet point will come up again and again throughout this series: reliability, quality, and stability. As an example, HP spent nine months evaluating the characteristics of solid state hard drives before making them available in their workstations. The reality is that SSDs do wear out over time, and they wear out differently than drives with spinning platters. HP leveraged their engineering history to diagnose SSDs in the context of their workstation platform to ensure that their customers were getting the best value for their dollars. It would have been easy to simply slap an SSD drive in a workstation and say “Here you go, Mr. Fortune 500 customer!”, but HP didn’t do that.

HP’s engineering legacy is exemplary, and it’s helped the company get where they are today. In the next installment of this little series, I’ll look at how HP applies their engineering expertise to each new iteration of workstation, not just from an engineering design standpoint, but from a product reliability standpoint. HP thoroughly tests all their workstations, and those tests are the direct result of HP’s engineering history. Finally I’ll wrap things up in the third and final post with a look at how HP handles long-term support on mission critical workstations.