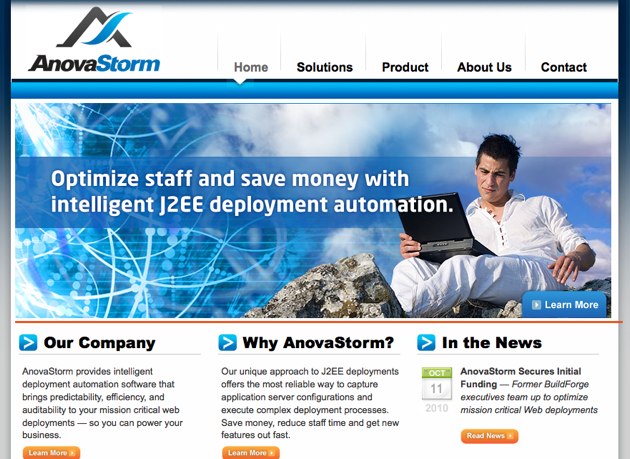 Every day thousands of companies deploy web applications, take existing ones down and cross their fingers that everything goes according to plan.

Depending on the size of the company, the frequency of deployments, server environments and the nature of the applications, the launch of web apps can be a complicated, intensive task. That may sound like banal business but it’s an increasingly lucrative area in enterprise technology. Austin-based AnovaStorm, which is trying to solve this pain point, has just picked up $2 million in funding from CAG Investments.

AnovaStorm, which is still in the product development stage, will get $300,000 up front and have $1.7 million in commitments from CAG. This is the company’s first seed round.

The startup’s main offering is a web deployment service, called AnovaDeploy, which manages and partially automates the deployment of web apps for enterprise clients. It’s not the first web deployment service available (for example, Marc Andreessen-backed Makara offers a similar platform), but the startup has a decent pedigree— many of the top executives are from BuildForge, another application development service that had raised $8 million before being acquired by IBM.

To understand how AnovaDeploy works and adds value to the chain it’s helpful to understand the typical deployment process. For example, a financial firm who wants to replace a consumer-facing application with a new version will likely have to consider how to launch the new app on its servers, how to handle security and compliance issues, and how to take down the existing app without a major service outage (any error could lead to severe service disruptions). The deployment can be further complicated by the dynamics of the server environment, especially as more firms transition to virtualized systems.

Simply stated, AnovaDeploy’s web-based platform tries to streamline this process by managing all these moving parts.

According to CEO and co-founder Derek Hutson, a business will download AnovaDeploy’s client on their system and from there, will be able to securely access the product’s web-based service. Once you’re connected, AnovaStorm can store information on your company’s deployments and the server environment. When you’re ready to actually run a deployment, you select the option from the main screen and AnovaDeploy offers a wizard to walk you through the process. The wizard will help you get information on your servers, understand what has to happen for deployment and see the differences between the new application and the one currently running. Throughout the deployment, AnovaDeploy also captures data (i.e. the steps taken, scripts that were run, and the server settings) which is added to an archive about past processes, a useful tool for financial firms that need extra documentation for compliance.

Accordingly, Hutson sees a major market in the financial services sector, in addition to retail and manufacturing— or any business where a large volume of transactions is run on web-based architecture.

The management team says AnovaDeploy is on track to be available by the first quarter of next year. According to Hutson, the pricing structure will likely involve a fee for a perpetual license and then an annual maintenance  fee. 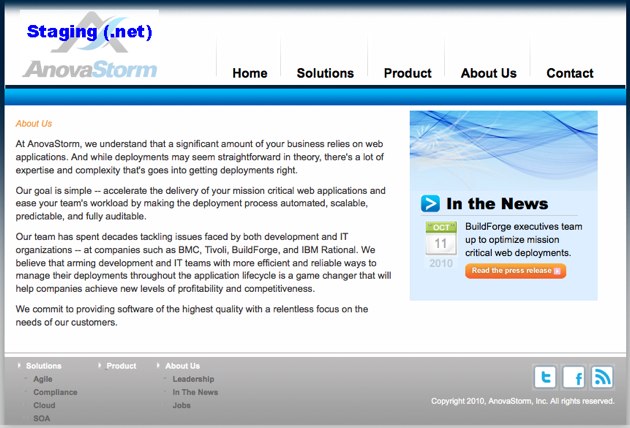