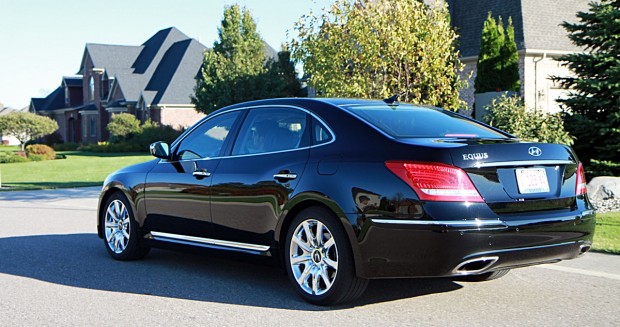 The Hyundai Equus, pronounced Eh-cuus, is Hyundai’s flagship luxury sedan in South Korea—so popular among the upper-class, that the South Korean President has one. Continuing off the car maker’s recent successes in the states, Hyundai is bringing the Equus here to enjoy sales from the already-brimming full-size luxury segment. This is the first Korean car to compete directly with the flagship sedans from Japan, Germany, and India/Britain (depending on where you call Jaguar home.) The Equus has been on the market for some time in South Korea, in fact, this is the second generation since its debut in 1999.

We’ve only had the car for bit, but can already tell that it will live up to the hype. This car is for real. There’s enough technology within the driver’s (and backseat passenger’s) reach to require a few trips to the manual, which just so happens to be an app on the included iPad. Yep, this is the car that comes with an iPad as the user manual. It makes sense, too. Instead of following a series of step-by-step instructions to, say, change the audio settings, you can just refer to the app for a quick demonstration. It’s genius from a user experience and marketing standpoint.

But this car isn’t all flash. Nope, a few minutes with the Equus will tell you that Hyundai just hit the market with another surprisingly competent vehicle. It’s going to be a great week. 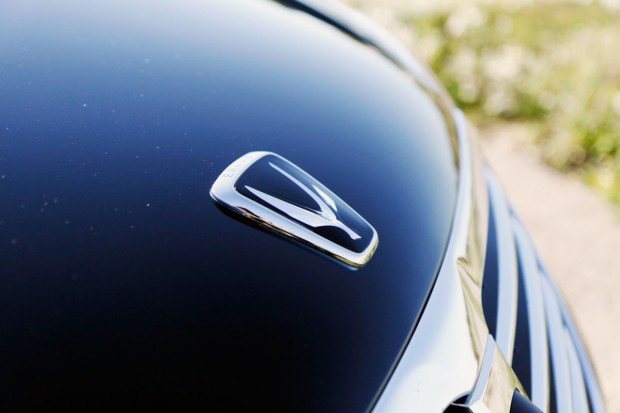 The Equus we got today has less than 2500 miles and we are the second group of journalists to have it in possession. It’s a very sexy metallic black that almost has a shade of dark red in it. The 19-inch wheels are bright and have a mirror finish—this car looks deep and wet in the sun. Because of its looks, the Equus, can easily be mistaken for a multitude of luxo-sedans—the Maybach front, LS sides and 5/7-series rear all tied together with Hyundai’s design understanding.

Inside, there are numerous bells and whistles, which we will get to later in the week. You must know, however, that this car is the ‘Ultimate’ Equus, meaning that it is fully loaded with a split personality—it is both a driver’s and a VIP passenger’s vehicle. 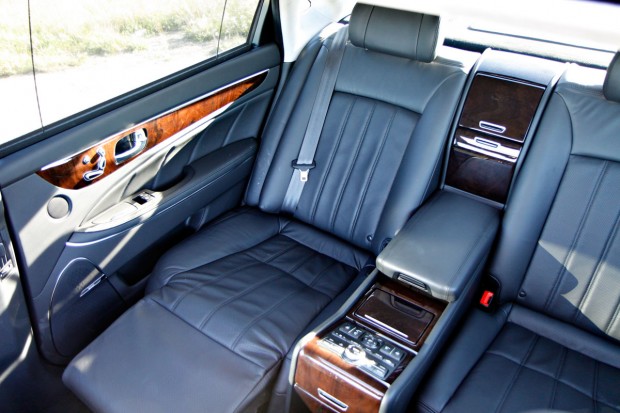 The rear seats far outclass anything else in the market, particularly the rear passenger side. It deeply reclines, has a powered footrest, lengthy massage options and are heated and cooled. Not only does the seat define VIP but the rear controls in the back are almost on par with the options in the front.

For the rest of the week, we will spend night and day driving the Equus. We want to see if it’s up to dethroning one of the longer-standing vehicles on the market—Lexus LS, Jaguar XJ, Mercedes S-class—not only for how it drives, looks, and feels, but also how well the technology works to bring the driver a safe and enjoyable driving experience. 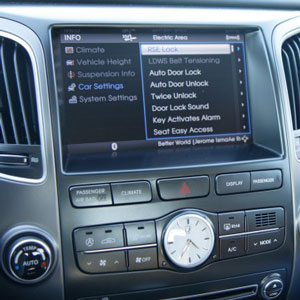 The Technology Behind The Hyundai Equus Is Impressive 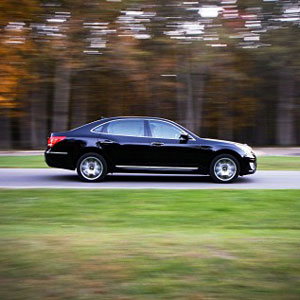