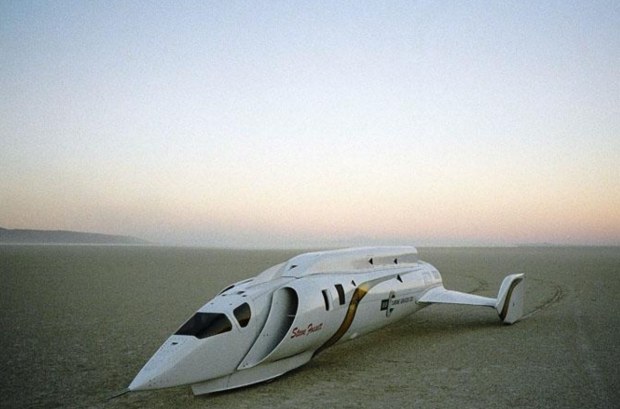 We may not have the Concorde any more (I speak as if I ever rode in one), but don’t let that stop you from breaking the sound barrier at whim. A “car” made to go more than 800MPH in a bid to break the land speed record is now for sale for just $3 million.

The car belonged to Steve Fossett, all-around awesome guy and record breaker. Early tests were promising, but Fossett died before an attempt at 800MPH (or 900 for that matter) could be attempted. Now’s your chance, assuming you’ve got the cash; there’s lots more information on the history and tech behind this beast in the brochure(PDF).

These land-speed record vehicles have always struck me as rather strange; they’re essentially planes being flown right next to the ground. That doesn’t change the fact that they’re land vehicles, but I just think the earlier records were more impressive, as insane as those of the last couple decades have been. At any rate, it’s yours for three mil. Keep it in your backyard if you like.