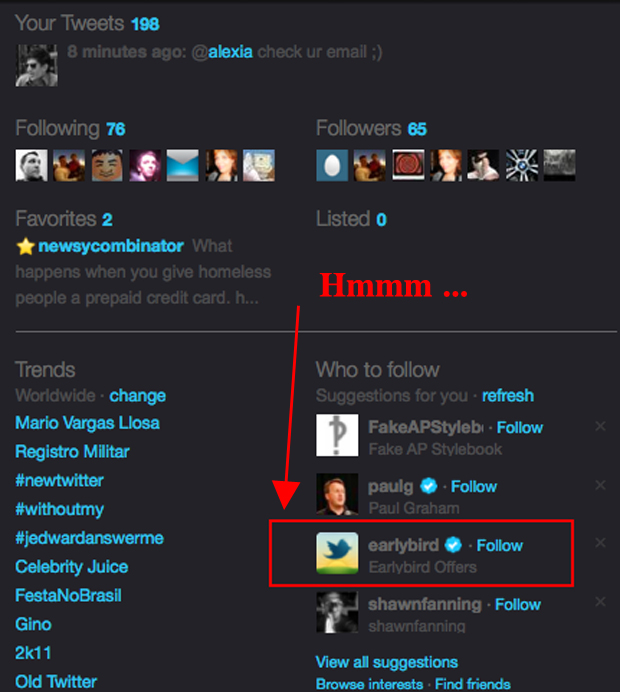 This is pretty strange for multiple reasons. In an email to TechCrunch, a Twitter representative confirmed that the account would no longer be serving up offers, and it was referred to as more of an experimental stepping stone on the way to “Promoted Products.”

“We’ve always said we’d experiment and move quickly. We’re taking the learnings from @earlybird, including feedback from users and businesses, and investing that knowledge into our Promoted Products platform to help businesses grow their audience and provide great offers and information to users.”

So why would Twitter be marketing a dormant internal account? For one of three reasons: Either Twitter forgot to flag it as deadpool (and its WTF algorithm is just doing its job), the account itself is still being built up for a different purpose or the project might be resurrected sometime in the future.

I’m guessing it’s the first reason (you’d think Twitter would write a WTF exception for a project they knew was over) but have contacted Twitter for more info and will update if I get more information.