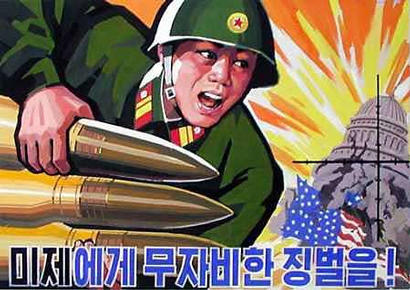 North Korea is apparently active jamming GPS signals using truck-mounted systems that overrun signals coming from tracking satellites. South Korea is unable to pinpoint the locations of these jammers because the Army runs them for about ten minutes at a time and then moves them.

Why is this important? Well, presumably a Southern invasion would require some sort of GPS signal for logistical coordination. However, I seriously doubt the satellite signals available to both military and civilian devices aren’t being bolstered by some secret system that we don’t know about. I mean I love my Forerunner and all, but I wouldn’t go into battle with it.