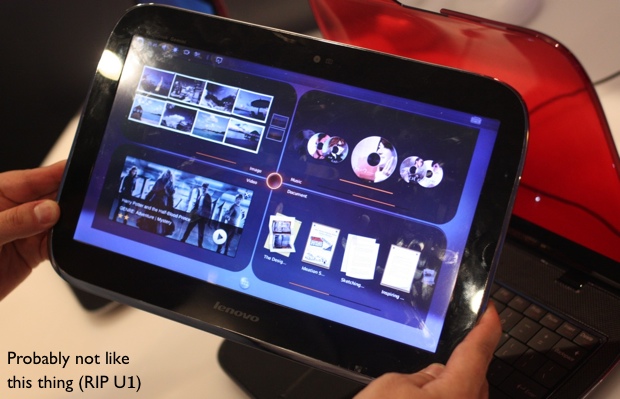 Lenovo has voiced guarded enthusiasm for getting into the enterprise tablet market — you know, that’s the one with almost no players at the moment. The Nav9 I recently reviewed is aimed in that direction, and of course HP’s Slate is intended for enterprise as well, but tablets have historically been far less convincing to businesses than, say, Blackberries, so it’s still a market in discovery.

Lenovo’s Peter Hortensius said: “As it makes sense we’ll absolutely enter that market. I think we have a great foundation from which to build for that.” In other words, they’ll definitely enter the market… if they feel like it.

The Thinkpad series includes the X series of convertible laptops and the Lepad, so Lenovo is no stranger to the touchable Windows world, but designing a “serious” tablet is a different task than designing a convertible, and involves considerable outlay. My guess is they’ll do some basic investigation, pencil in some deals, and then see how the upcoming enterprise tablets do in the market.