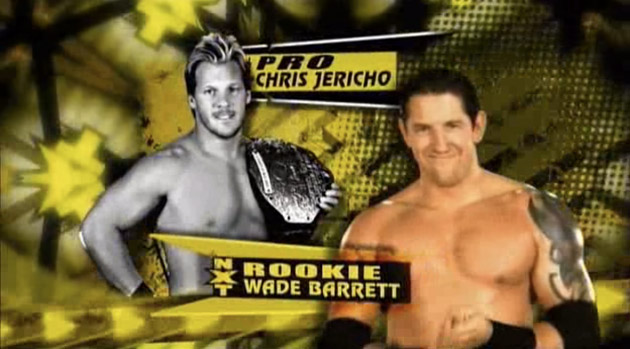 It’s been quite a few years since WWE has been on the forefront of pop culture, but now, possibly because of a forced hand, it once again finds itself blazing trails. Its newest TV show, NXT, a reality-type show (with minimal wrestling, of course) that debuted last winter, will be leaving TV altogether and heading to the Internet. (Tuesdays at 10pm, for the record.) WWE says it’s the first TV show to leave TV for the Internet, something that I wouldn’t even be able to verify, but it does speak to a broader move in the world of entertainment.

For one, Google TV may be about to take over our lives. Matt had been man-on-the-scene for all things Google TV, and he says that it’s a “big step in the right direction” vis-à-vis the future of television consumption. It won’t necessarily be an overnight sensation, but it could be a glimpse of things to come.

So, here comes WWE. The company, which still makes an obscene amount of money every year (even if it’s lost a bit of heat to things like UFC), had started the NXT show to showcase some of its upcoming talent—even if some of this talent had already been around the block, so to speak. The show’s ratings were OK, nothing special, but then something happened to jeopardize its presence on the SyFy network: the arrival of SmackDown.

SmackDown, for years the company’s B show (the A show being Monday Night Raw, on USA), had left MyNetwork television in a deal announced a few months ago; SmackDown would move to SyFy, annoying a number of people in the process.

With SmackDown on SyFy, NXT was bumped off the network. Word on the street is that the company had tried shopping the show around various networks, but nobody was interested.

Hence, the move to the Internet.

This would sorta be like NBC moving Chuck from its cushy time slot (Mondays at 8pm) to nbc.com/chuck—exclusively.

That is, you wouldn’t go to the Chuck Web site to see highlights or bloopers or anything like that. No, you’d go there to watch the show in its entirety.

Will people make the move? It’s hard to say. Wrestling fans aren’t historically known to be the most tech-savvy, or the most accepting of pattern-change. How many times do we see one of those three-hour Monday Night Raws tank during the 8pm hour because people are so used to tuning in at 9pm? (Plenty of times, actually.)

Moving NXT to the Internet is an experiment. Perhaps it’s one borne out of necessity, but I’d be shocked if TV executives around Hollywood aren’t checking in to see how it does.

I guess we’re still trying to figure out this Internet thing, right?

Also: Alberto del Rio is great. But I’m sure you already knew that.