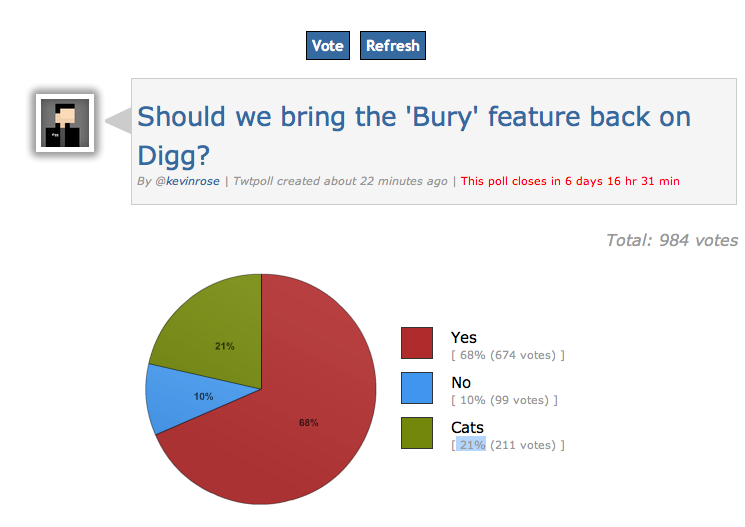 Digg founder Kevin Rose just tweeted out a poll regarding the controversial Digg “Bury” feature, which was taken off the site in the latest Version 4 redesign reportedly due to issues with “Bury Brigades” or people organizing in order to game the site and force certain stories off the homepage.

So far about 1000 people have taken the poll via Twitter (we’re assuming anyone who would take a Kevin Rose-initiated poll about the “Bury” feature is a Digg user). In true Digg fashion, “Cats” is the other popular poll contender, with 21% of the vote.