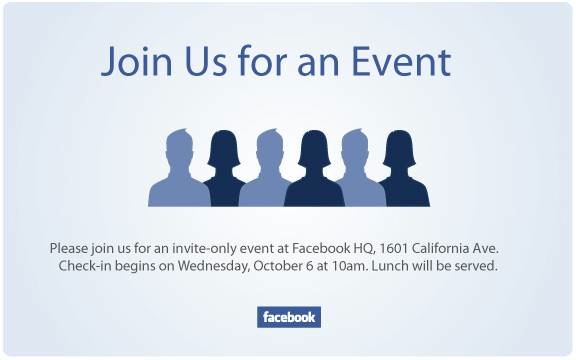 It’s been a big couple of months for Facebook — the site launched its Places feature in August, had a major gaming-focused event two weeks ago, and recently revamped its photos feature to allow for high-resolution uploads (which is a big deal). And it’s not done: an invite just landed in our inbox for a special event this Wednesday morning at 10 AM. Facebook isn’t giving any hints as to what this event will cover (sometimes they do — they told us in advance that the last event was focused on gaming). But the fact that they’re trying to get a bunch of reporters down to Palo Alto at 10AM would seem to indicate that this is important (please). Oh, and they’re giving us shuttle service, which probably means they’re inviting a lot of press.

We’re going to try to find out what’s being announced, but here are a few guesses: