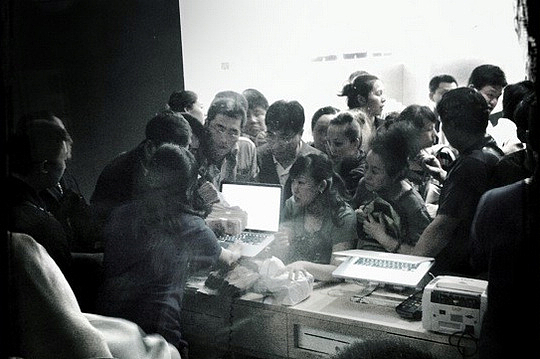 What a neat photo

Here’s a fun story out of China, the home of fun stories. It’s also the home of, like, many, many grey market iPhone re-sellers. It used to be that Apple had a two-iPhone limit at its Beijing store. Used to be? Yes, Apple removed the limit, and then chaos ensued.

So many grey market re-sellers rushed the store that Apple eventually had to shut it down. Everybody out!

There was quite a scene in the store, with legitimate iPhone customers competing with grey market re-sellers for the “right” to buy the phone.

Up rolled the police, and order was restored.