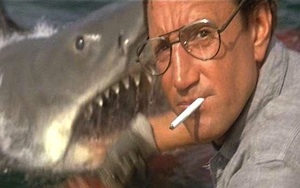 The Zynga deal occurs as significant portions of South of Market are filling up with biotechnology and other new media companies, like technology blog TechCrunch, video-streaming site MetaCafe and microblogging service Twitter Inc.

While we appreciate the mention, the news is that Twitter is is apparently already looking for more office space. So is it true? Well, Twitter certainly isn’t denying it.

“We have about 250 employees. And based on our current growth trajectory, at some point we’re going to have to look at other options,” a representative told me when I specifically asked about the hunt.

I followed up to see if they were looking around the SoMa area of San Francisco specifically. “All we know is that we can’t stay in the two floors that we currently have, based on our growth, so we’ll have to look at other options,” is what I was told.

It was only last November that Twitter moved into its new offices in the SoMa district of San Francisco (home to us, the new massive Zynga building, and a wide range of other startups) — taking over the old Bebo offices. And it was only a few months after that, that they took over another floor in the same building. At that point, in June, they had just hit 200 employees.

There was some news earlier this week that Twitter also recently opened an office in New York City. That’s not entirely true, according to Twitter. “In NY, we have a temporary area in rental space for a handful of people who are based there,” Twitter says. They don’t classify that as an office (despite tweets to the contrary), instead they consider the San Francisco office to be the only one.

And apparently, it’s soon going to get a whole lot bigger.