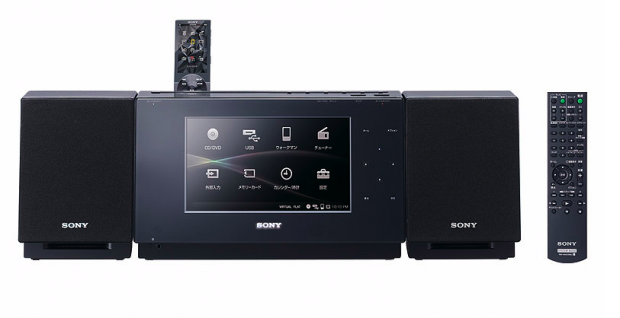 Sony’s CMT-L7D is quite an unusual device: it’s a Walkman Dock, a CD/DVD player, an FM/AM radio, and a 9-inch LCD touch screen rolled into one. Announced [JP] today by big S in Japan, the device also lets users listen to music directly from SD cards or USB sticks.

Next to watching region 2 DVD movies on it, the screen also serves as a control interface for your Sony Walkman or the radio. Users can touch buttons on the screen or control what’s going on with a remote control that comes with the device. It supports MP3, WMA and AAC music files.

The 50W＋50W combo will cost $585 when it goes on sale in Japan on October 11. Sony hasn’t announced any international sales plans yet.