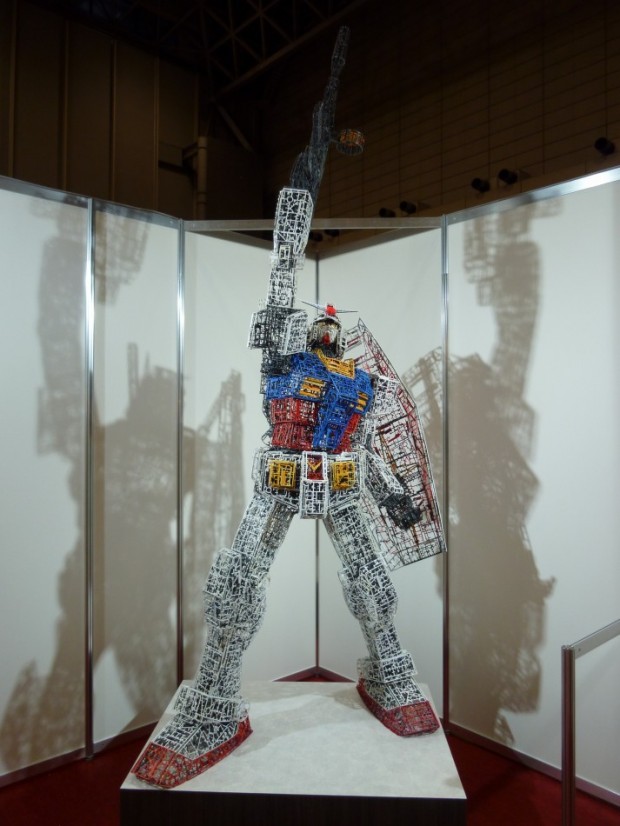 What do you do when you’re a Gundam otaku and have 95 days (or more than 300 hours) of free time? Easy, you go and build a 3m (9.8 feet) tall Gundam figure [JP], all by yourself. That’s what a Japanese person called “Hirotyun” [JP] did, and the amazing thing is that he mainly used plastic runners in the process.

Plastic runners are the thin bindings you normally throw away after you’re done with a model kit. The statue isn’t actually that tall, reaching 3m only when measured from Gundam’s feet to the tip of his rifle. It’s still very cool.

According to reports, the ceiling in Hirotyun’s home wasn’t high enough, forcing him to build the statue in a convention center outside of Tokyo (where it was exhibited last month). The “real” Japanese Gundam statue we spent a number of posts on is 60 feet high.