It’s easy to be cynical about ad networks. I remember a media exec I once had drinks with who equated the online ad business to prostitution: “They are the only two major industries working on prepayment basis because both promise much bigger fantasy than they ever deliver.”

Recently though, an ad network came my way that has interesting twist. Its name is Traffilliate and it doesn’t serve banners, keyword ads, or paywall offers – all it serves are landing pages.

Developed originally as a for-internal-use-only tool at media group DMG, Traffilliate treats landing pages as the creative, serving the best converting ones to end users. Traffilliate currently serves some 5 million landing pages a day, which end up producing 30,000 conversions.

There’s not much set-up required to get going. The only resource-intensive aspect is generating several landing pages, done in advance by the advertisers or their agencies. Once the campaigns are pushed out, the actual decision-making of which landing page to serve a given user takes less than 30 milliseconds.

Other than the ad network model, Trafiliate also offers itself as a service. Traffilliate as a Service, or ‘TaaS’, is meant for advertisers that want to buy media outside of Traffilliate’s network. When used solely for conversion analysis and serving Traffilliate prices itself at half a cent per landing page served. Support for major ad servers comes out of the box. These include: DoubleClick, Google Content Network, Microsoft adCenter and Right Media Exchange. 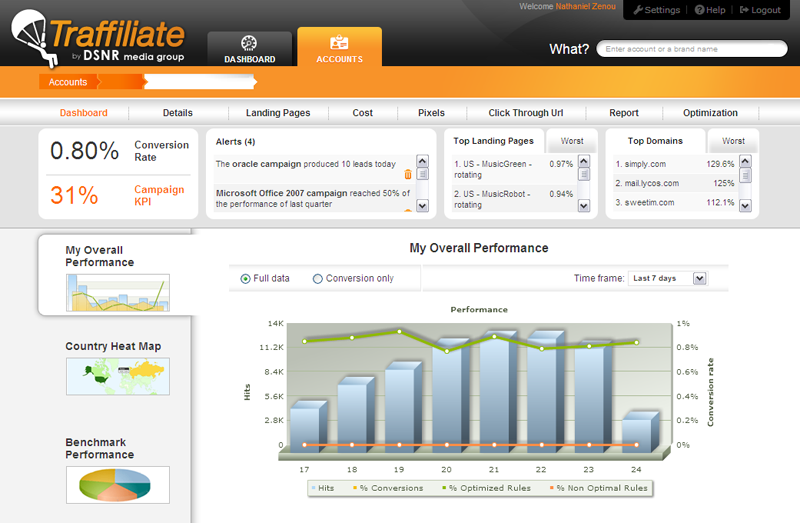 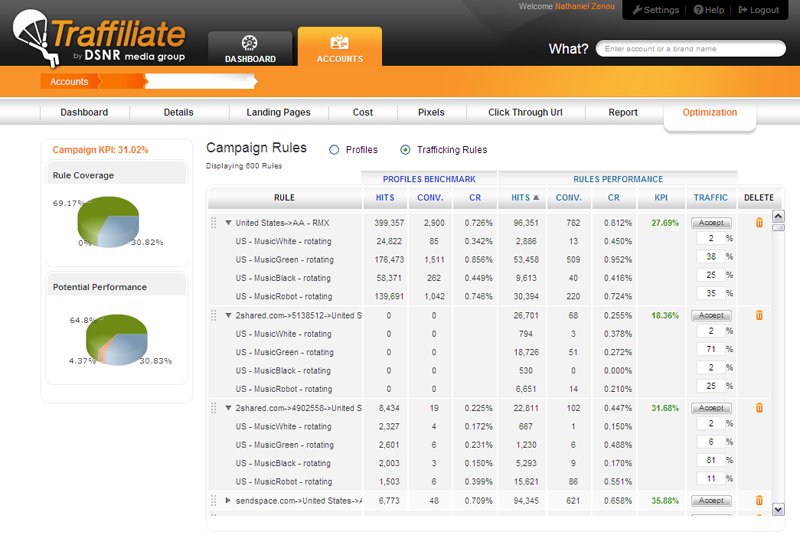