Remember Please Rob Me, the site that tried to raise awareness about the dangers of broadcasting publicly on Foursquare and other geo services when you are not home? I don’t know that any burglaries ever actually occurred as a result of the information on the site, which in any case is not operational any more (it made its point). 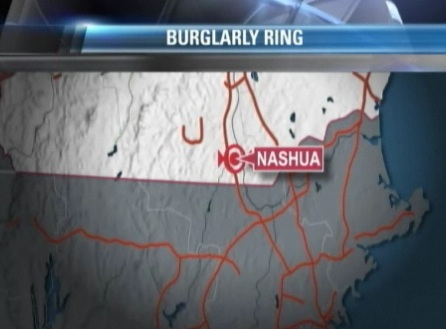 But when you take the same idea of location broadcasting and put it on a service with more than 500 million users, it is no longer just academic. People’s houses will get robbed, at least in New Hampshire. A burglary ring in Nashua, New Hampshire targeted people who checked into places on Facebook, alerting them when they were not home. The police caught them after they broke into 50 homes and stole $100,000 worth of goods. Update: It is not clear whether the victims were using the Facebook Places feature or merely posting status updates that they were on vacation, but it pretty much amounts to the same thing: they were broadcasting that they were not home. Update 2: Facebook says that it confirmed with the Nashua police that so far Facebook Places does not appear to be involved in any of the crimes.

This seems like a good time to revisit Please Rob Me’s mission statement:

The danger is publicly telling people where you are. This is because it leaves one place you’re definitely not… home. So here we are; on one end we’re leaving lights on when we’re going on a holiday, and on the other we’re telling everybody on the internet we’re not home. It gets even worse if you have “friends” who want to colonize your house. That means they have to enter your address, to tell everyone where they are. Your address.. on the internet.. Now you know what to do when people reach for their phone as soon as they enter your home. That’s right, slap them across the face.