When people come over to my apartment, they gather after a few minutes that I like games, because there is a Super Nintendo on my coffee table. But they’d probably figure it out a lot quicker if my coffee table was an actual, functioning NES the size of a normal table. That’s just what Matt has, and it’s very… bold. 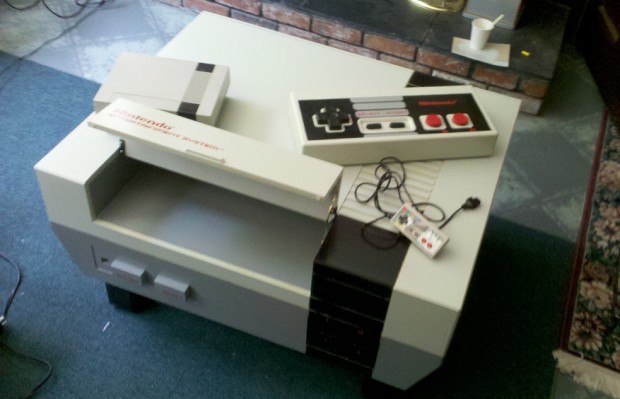 The table conceals a Wii (packed with VC games, I suppose), though I would have liked for there to be a real Nintendo inside the cartridge slot. Instead, the slot is a holding place for an enormous, working controller. That’s really what I meant when I said functioning. It’s not like you can just lay an NES game in there and it’ll go. But you know what I mean.