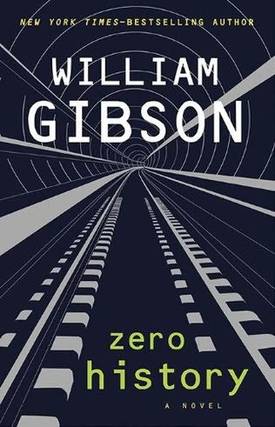 While I haven’t honestly enjoyed this latest set of books as well as I enjoyed the Sprawl and the Bridge trilogies, I would still give one of my fingers to give William Gibson a big man hug. He basically defined sci-fi for me, much in the same way Tolkien defined my taste in fantasy, and anything too far from his original dystopian settings peopled with amazingly detailed characters (The Road for example, owes a debt to Gibson, although Cormac McCarthy is a genius in his own right).

Anyway, his new book Zero History is out tomorrow and I’ve pre-ordered. Set in the “current” – namely some post-9/11 world populated by artistes of the slightly funny deal – the book follows Milgram from Spook Country as… well, I’ll let Cory Doctorow say it:

Bigend has got Milgrim hunting for the designer behind a mysterious line of fetish-denim, in the hopes of remaking it as the basis for a lucrative US military contract; this being Bigend’s idea of novelty-seeking good times.

Sigh. I assure you Molly Millions wouldn’t go out looking for a nice piece of denim, but that’s neither here nor there. Anyway, Cory says it’s fun and a real novel, which is important. Gibson isn’t a sci-fi writer per se, he’s a writer and the Sprawl and Bridge had enough nanotech and silent ninjas to assuage my grief at a story whose plot revolves around selvage.