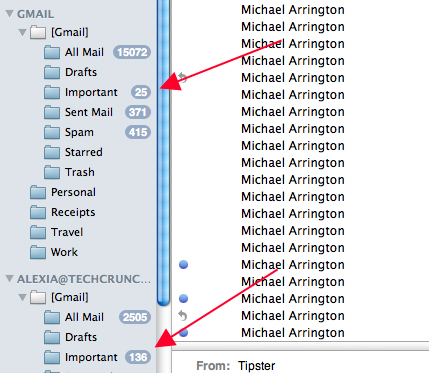 Curious what Google’s Gmail Priority Inbox means for those of us that use an IMAP or POP client like Mac Mail or the Mail function on an iPhone? Well as of yet the feature is not fully enabled on either IMAP or POP-compatible third party or mobile clients, leaving a large percentage of people who hate viewing email a standard web browser out in the cold.

Priority Inbox is like a pet, you have to train it in order for it to function properly, and this training is partly accomplished using the up-voting and down-voting arrows currently only available in your browser. The algorithm also tracks archiving behaviors like starring , which are also limited when using IMAP/POP. And while Google plans on adding the training feature to both Gmail mobile browsers like Google for the iPhone and to Android, third party IMAP clients like Mac Mail will most likely be left out of the loop, at least for the time being.

The majority of complaints I’ve heard from Priority Inbox users (“It’s still showing me junk mail!”) are from people who basically don’t grasp the key fact that the algorithm needs to be trained to get good, which is hard to do if you’re primarily viewing email over the phone or through Mac Mail.

When the IMAP issues were pointed out, a Google spokesperson responded, unsurprisingly, “Priority Inbox is best when viewed in Gmail’s web UI.” 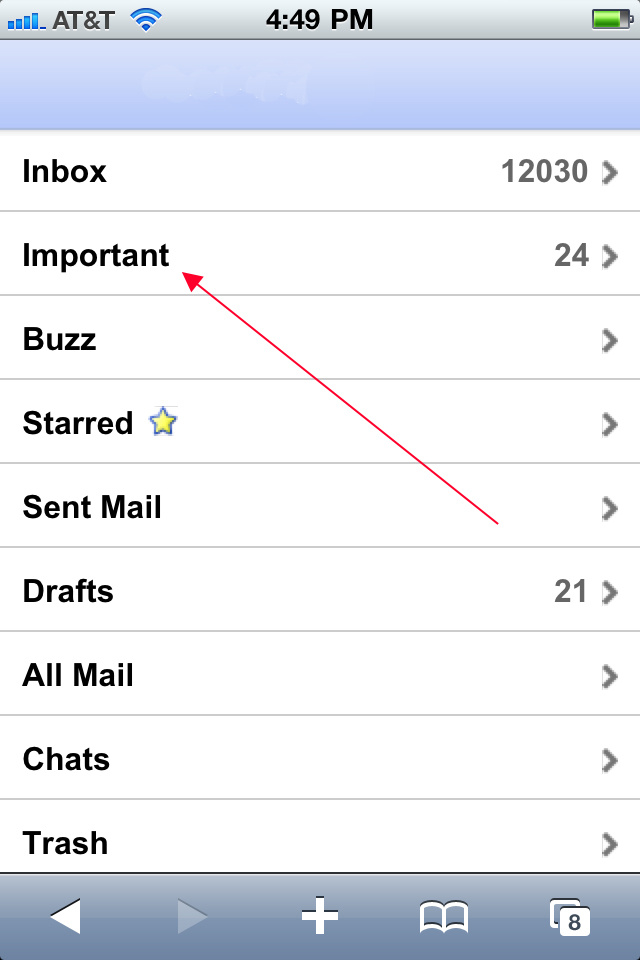