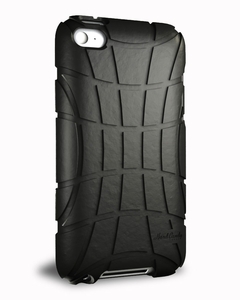 Today is new iPod day. It’s pretty much a sure bet after seeing the music-themed invite and all the leaks showing the upcoming models from the past few weeks. But most of those leaks are from random Chinese factories, which doesn’t exactly lend to their credibility. However, HardCandy Cases apparently didn’t get the memo and is currently showing their latest case for, you guessed it, the iPod touch 4G. Of course these cases might have been made under some sort of assumption that Apple plans on releasing a rear camera-equipped iPod touch, but generally case makers get specs well before hand to ensure there are accessories available when Apple’s product launches. It’s probably legit. We’ll find out later today though when Steve-O takes the stage and reveals Apple’s next big device — or devices. [HardCandy Cases via Gearlog]