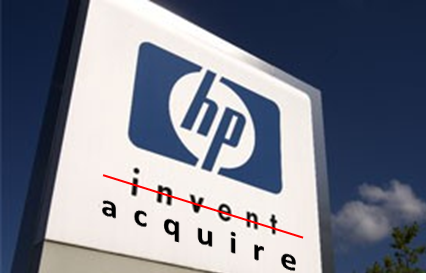 As I was writing this, news of the HP / Dell bidding war for 3PAR broke on the front page of Yahoo. This made me laugh, as it typified just how crazy this story has become—few things outside of a bidding war make a storage acquisition sexy enough for mainstream news.

At $30, HP’s current offer is the sixth bid, a 200 percent premium over 3PAR’s previous $10 share price. Not only is this insane, but it’s also nearly unprecedented in M&A history. And since 3PAR is trading above $32 the market thinks Dell will bid even higher.

First Off, Is 3PAR Really THAT Unique?

3PAR is a classic disruption play, its value proposition based on the premise that unused storage is wasteful—often times just 10% to 25% of allocated disk space is actually used.

3PAR’s “thin provisioning” technology enables disk space to be allocated only when applications need capacity, greatly reducing IT management costs. Think of it as storage on a just-enough and just-in-time basis.

In the cloud era, pre-allocation of storage is especially wasteful, because on-demand storage and computing services delivered via the internet have wide variability and less deterministic usage patterns. This makes 3PAR a great fit for data centers, and it’s partly why the technology is suddenly perceived as very valuable.

EMC CEO Joe Tucci actually once went on record admitting as much saying “If I only have hardware and I just keep helping to make you more and more efficient at less and less cost, eventually I’m going to hit a wall and it’s going to be tough for me to make money.”

This classic “Innovator’s dilemma” definitely applies to HP. But something else has hamstrung its ability to innovate in high-end storage, a market HP has been a leader in for many years.

And it’s correlated to former CEO Mark Hurd’s recent firing. Word on the street is Hurd wasn’t let go for his affair or even for his embellishment of trivial expense reports. Instead the board kicked him out because his employee approval rating was absolutely atrocious.

And the reason employees hated him is because he traded short-run profits for long-term innovation by laying off entire design teams and killing HP’s R&D budget—take a look at this chart and compare HP to Cisco and IBM, both storage leaders.

In this way, I believe acquiring 3PAR is actually the beginning of a secular trend for HP in using M&A to “make good” on the company’s lack of organic innovation.

Yes that’s right, believe it or not, the real reason why HP’s board is obsessed with 3PAR is closely correlated to Hurd’s departure—divisions like HP’s storage group simply haven’t kept pace with peers. I used to sell to HP’s storage groups (as well as Dell and 3PAR) and have plenty of friends who tell me that projects have been canned and innovation has languished.

Dell is Desperate for Similar Reasons

Innovation within Dell is even more of an oxymoron. If you thought HP’s R&D allotment was low, compare it to Dell’s. Dell is not an engineering driven company. They are a system integrator desperate for growth outside of the personal computing market.

And storage consolidation threatens Dell for another reason. Storage has traditionally been like a cross selling catalog, with vendors filling in their product portfolios by OEM’ing equipment from others—Dell actually resells EMC’s high-end storage gear today. But these cross-sell deals are becoming more tenuous to defend as vendors build out more complete portfolios.

This is because cloud computing requires complex virtualized resource allocation, management and provisioning. Vendors are increasingly moving up the stack in providing services beyond hardware, which is all but a commodity.

Owning 3PAR would give Dell a chance to stay in the game and complement the low end storage solutions it acquired from EqualLogic in 2007. And the Dell board is prepared to break the bank since there is a scarcity of other good high end storage virtualization plays (Pillar Data and Compellent are two of the largest, but don’t have 3PAR’s traction).

Why HP Will Probably End Up with 3PAR

So there you have it. With its DNA as a system integrator, Dell doesn’t have a hope in hell of organically growing complex ASICs and software like 3PAR has, and is desperate to move up the food chain and stop reselling EMC’s portfolio. And the HP board is tacitly admitting it needs to rectify the fact that Mark Hurd sort of killed the “HP. Invent” culture. 3PAR would give HP several hundred R&D focused engineers and a talented ASIC team.

The interesting thing about this bidding war is that it conveys a larger lesson about why M&A often fails.

It’s easy to listen to investment bankers and overpay on acquisitions. But it’s much harder to actually handle post-merger integration. Dell is the perfect example. They have essentially no precedent for running an ASIC team, and would take a company like 3PAR that spent 25% of its revenue on R&D and eventually starve it.

3PAR is a better fit for HP, and in the end it’s likely that they will prevail. It sure seems that way anyway. HP’s board is set out to make up for lost time and right its innovation ship regardless of cost to shareholders. But the synergy premium for 3PAR will be enormous, and history suggests that deals with such a massive allocation of acquisition goodwill generally fail to pay for themselves.

Contributor Steve Cheney is an entrepreneur and formerly an engineer & programmer specializing in web and mobile technologies.