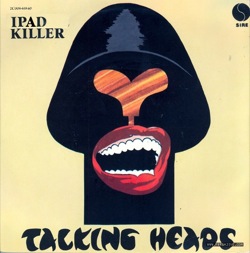 For a single product to be a true iPad killer it would have to achieve at least one if not all of the following goals.

Time constraints alone will prevent any of these products from selling more units than the iPad in 2010 (even if they were purchasable tomorrow) and most of them won’t even be available for purchase this year.

Shanzai is at the epicenter of the junk tablet world being based in Shenzhen where manufacturers are flogging all sorts of tablets. I trust them and I trust what I’m seeing in the market on this.

Contrary to popular belief, I’m not against competition in the tablet space. What I am against is Balkanization. The iPad is successful because it is a monolithic entity. It has a rich ecosystem of content and applications and it works well. My fear, then, is a plethora of tablets that run various and sundry versions of Android or a stripped-down Windows 7, that offer little in the way of productivity or entertainment benefits, and, in the end, will follow the trajectory of the much-vaunted netbook – rash exuberance followed by virulent justifications for purchase and then slow acceptance that the form-factor is a dud. I was bearish on netbooks for the same reason I’m bearish on tablets and cheap ereaders: companies have, for too long, rushed garbage to market and we’ve sucked it up.

Hardware companies are in the business of releasing hardware. To not release hardware is anathema to their business model. Therefore, they will release garbage until they potentially hit a winner and then copy that over and over again until the next thing comes along (see Motorola RAZR). In this way, most hardware companies are less about being creative than about aping their competitors.

That is not to say there are not good tablets out there or coming. The Dell Streak is really nice, which is kind of like saying it has a great personality. It’s good enough, and I don’t think that’s enough to propel sales and support to create a tablet ecosystem worth a damn.

The top it off, manufacturers are currently quite skittish. They’ve realized they can’t release garbage. Creating a good tablet is hard and they want Google and Android (and probably Chrome OS) to do most of the heavy lifting for them. Burned by years of failed, homebrew OSes (TouchWiz, anyone?) manufacturers want Google to take the blame when the OS is junk.

Why am I so down on the production of product? After all, the gadget hound in me should revel in more devices, right? Wrong. Of late manufacturers have been able to do little more than push product out the door and every product that isn’t used ends up in a landfill. We don’t need resources spent on “iPad killers.” We need resources spent on good devices for business and leisure. In many cases, these devices already exist – they’re called thin-and-light laptops and media players. There is room in the world for a good tablet, but no one tablet will be “good” this year. They will be acceptable at best. I’ll be the first to lead the parade if someone comes up with a good tablet idea, but to push good money and plastic after bad ideas is an affront to us as consumers of technology.