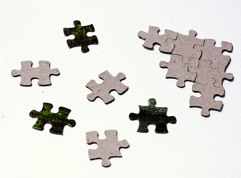 Twitter has been open about its desire for advertising to be a pillar of its revenue strategy. The company has launched a number of experiments with advertising on the site, rolling out Promoted Tweets, which serves up ads based on keywords in Twitter search queries; and Promoted Trends. But Twitter cracked down on in-stream advertising on third-party clients; which was thought to be a direct attack on some of the Twitter ad networks in the space, such as 140 Proof, Ad.ly and others (it turned out that the new TOS didn’t kill these companies). However, now it looks like Twitter is actually partnering with Twitter ad networks to sell its inventory on Promoted Tweets.

We’ve learned that Twitter has ‘informally’ partnered with 140 Proof, a Twitter-based ad network that launched earlier this year, to allow the ad network to sell ad inventory for Promoted Tweets along side 140Proof’s own inventory. 140 Proof allows 3rd-party Twitter clients, like Echofon, Hootsuite and UberTwitter, to sell space on the network to advertisers.

140 Proof’s ad network differs slightly from its competitors because it promises highly targeted advertising. Twitter clients pass 140 Proof a user ID list (with no names) and the public information contained in a Twitter user’s profile. On the advertiser side, advertisers bid on ads to be directed toward users based on keywords in tweets, followers, as well as device, location and platform. 140 Proof’s algorithms calculate a Twitterer’s “persona” based on public tweets and who they follow and serves ads to users based on this data. So if many of my Tweets have the term “red wine” in them, 140 Proof would characterize me as an ideal target for a wine seller.

In terms of the Twitter-partnership, 140 Proof is now able to sell advertisers in placements on Twitter.com as well as third-party clients. For the Emmy awards taking place this coming weekend, 140 Proof has sold the event’s sponsor, car company Infiniti (Twitter handle: InfinityNews), ad space on its publishers as well as on Promoted Tweets. 140 Proof founder John Manoogian says that his network has made similar buys for Microsoft’s Bing as well as for an undisclosed financial institution.

Manoogian pitches that this is the best of both worlds for advertisers, who can target specific audiences via 140 Proof’s network as well as reach general Twitter.com users via Promoted Tweets.

As we know Twitter has been making key hires for its sales and revenue teams, including News Corp’s Adam Bain and Google’s Brent Hill most recently. If Twitter is building out a sales team for ad purposes, this arrangement could be a temporary way to drive ad sales for its offerings.

On the other hand, this could be another channel through which Twitter will drive advertisers to its platform. The microblogging network could form similar partnerships with other ad networks (Manoogian tells me that he’s not aware of any other deals with competitors at this time) and open up a significant revenue sharing stream.

Although we have seen some of what Twitter has in store for advertising, we are still relatively in the dark when it comes to the network’s long term ad strategy. The deal could provide a glimpse into what the network could have in store for the future.

Twitter continues to experiment with different forms of advertising, promotions and other commercial initiatives, optimizing for user value. The work we’re planning with 140 Proof is one of those experiments. The 140 Proof relationship is not a formal partnership, and we are not sharing revenue. That said, we’re always happy when companies help advertisers better use and understand the Twitter platform.