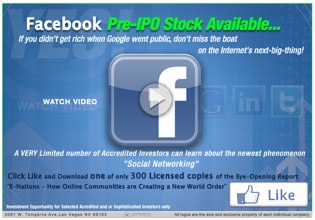 Oh, this is a huge mess in the making. A company called Freevi that has already had it’s hand slapped for securities laws violations by the State of California is trying to raise funds from investors by promising to “secure” the investment with Facebook stock. How did I find out about this? Via a spam email that hit my inbox, which is a general solicitation if I’ve ever seen one (that’s very relevant to the Securities Act of 1933).

The founder of the company, Neil Chandran, spends a great deal of time talking up Facebook’s value, saying that an IPO is “imminent” and noting that Google shot from $85 to $500 after their IPO. He also says that Facebook should hit $120, no problem.

This is a general solicitation of securities by an underwriter under the Securities Act. But it’s being done without disclosure of information required by the Act – namely, a prospectus. This is exactly the kind of thing that the SEC salivates over as they sharpen their legal claws. 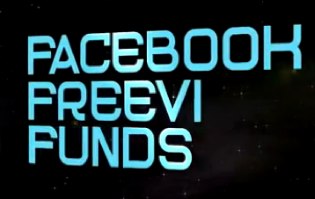 In 2001 Chandran was issued a Desist and Refrain Order by the California Corporations Commissioner for offering and selling securities in Freevi via solicitation by post and other means. “The purported purpose of the offerings was to raise funds to finance a company that would broadcast video programming into nightclubs and other entertainment venues,” says the order – that’s exactly what he’s doing again in this new offering.

“Neil Chandran, Freevi Corporation and Freevi Capital Ltd. are hereby ordered to desist and refrain from the further offer or sale in the State of California of securities…unless and until qualification has been made under the law or unless exempt.” PDF is here.