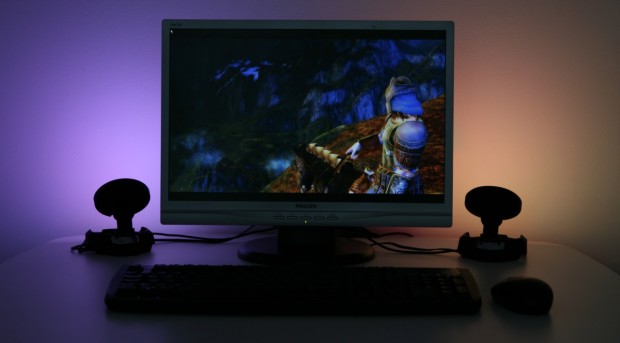 I’m not sure I buy the whole amBX deal. For one thing, they’ve chosen a bothersome capitalization scheme. For another, it seems… excessive. I’m all for immersion, but I’d take Eyefinity and surround sound over mood lighting any day. As for keyboard lighting, I can see that, as long as it’s truly game-related, like Razer’s StarCraft 2 stuff.

The occasion for this little trip down preference lane is some new amBX-powered gear form Mad Catz. Let’s see what they’ve got for us. 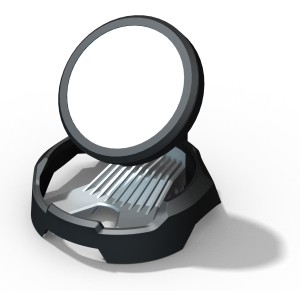 Update: pics! But according to Mad Catz, the new keyboard has supremely customizable backlighting, which can be controlled by games to provide more atmosphere. I don’t really look at my keyboard much during an intense gaming session, but it might add a bit to the experience. Not a lot of other details are available, except that this keyboard will be in the Cyborg line and may look as crazy as that one mouse. I found these pictures, but I don’t think they’re for real: 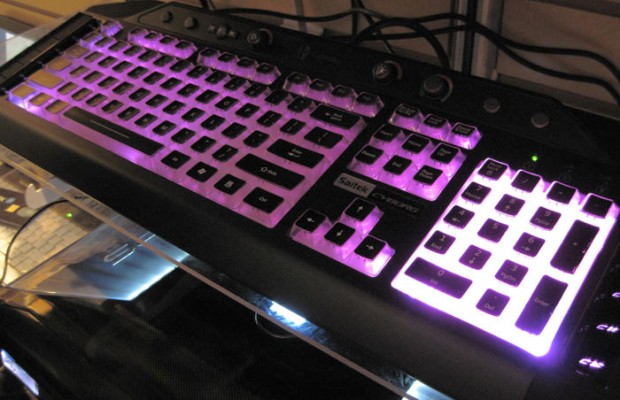 Mad Catz also announced a pair of straight-up lights for your PC gaming experience, which you can point any which way and cause color to flood your gaming den. They apparently have an “ingenious multi-hinge design.” It better really be ingenious, Mad Catz. You better not be just saying that.

Anyway, we’ll update or re-post when we get some better shots. The lights are supposed to come out later this year, and the keyboard early 2011. Man, I’ll be too busy riding my hoverboard by then!