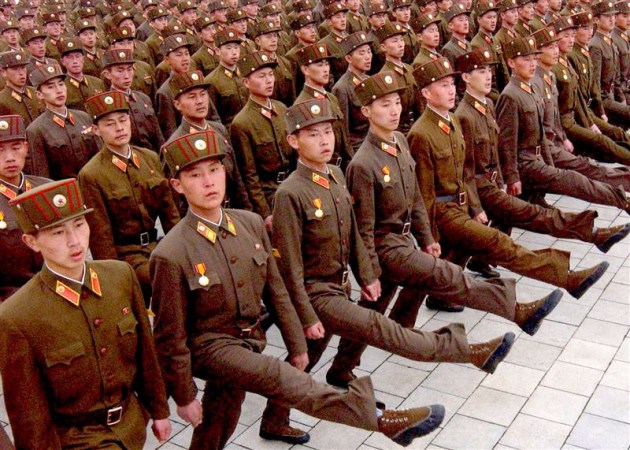 It’s an army of re-tweeters!

North Korea, now embracing social networking. That is quite literally the last place on Earth I’d think would debase itself by tweeting what it are for breakfast, but here we are. Well, to be fair to the North Koreans, they’re tweeting things that are far more sinister than “just ate an egg sandwich, was only okay.” No, it’s things that threaten the existence of the Unites States and its South Korea allies. Social media: bringing people together.

The deal is that North Korea, which I think we can agree is a pretty reclusive country (if nothing else), has decided to embrace social media to better get its message out there.

One YouTube video says, “Those who enjoy setting flames of war are bound to burn in those very flames.”

I think when we criticise Hollywood for its terrible dialogue we should cut it a but of slack: the “bad guys” themselves are putting out terrible words to begin with!

Then there’s the Twitter account that periodically sends out links calling for the destruction of America and the current South Korean regime. Blah, blah, same old, same old.