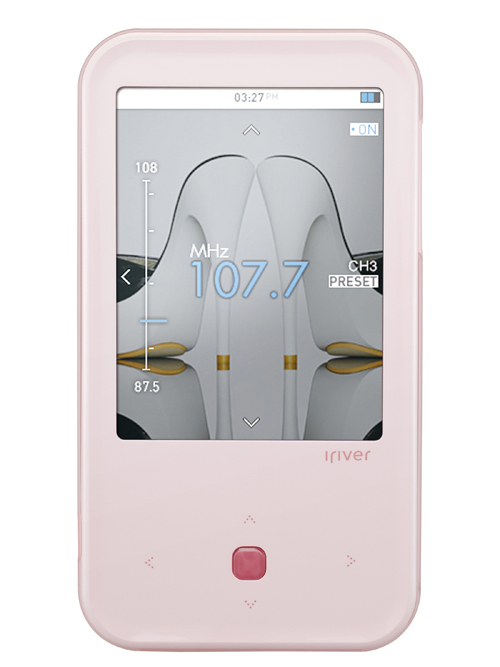 After launching the S100 Panorama in South Korea back in June, iriver today announced [JP] it will bring their media player to Japan (the company is yet to list the device on its global website). Technically, the player isn’t anything special, but it looks quite cute and comes in a total of three colors (white, black and pink).

Spec-wise, buyers can expect a 2.83-inch TFT screen with QVGA solution, 16GB of internal memory, a microSDHC slot (32GB max.), a built-in FM tuner and voice recorder, and a USB 2.0 slot. Once charged, the battery will let users listen to 42 hours of music or view video for 7.5 hours. Needless to say, it’s also possible to view pictures on the S100.

The device will go on sale on the Japanese market this Friday (price: $199, but there’s also an 8GB version that will retail for $25 less). iriver hasn’t announced any sales plans for regions outside Korea and Japan yet.

This video I grabbed off YouTube (shot by user burgundy59) is in Korean but shows the UI in action: