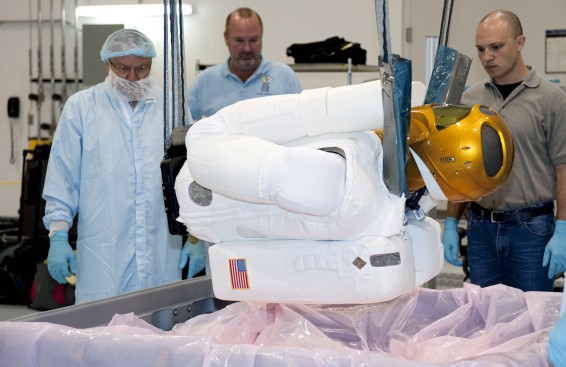 Remember the Robonaut? It’s (he’s?) a joint project between NASA and GM aimed at creating a robot that can perform many of the tasks humans do in space. The funny thing is, though, he’s being sent into space as if he’s a crate of eggs. If this guy is going to stand up to heat, vacuum, and micrometeorites, shouldn’t he be able to handle a rocket launch?

When they send him up, he’ll be wearing mittens, wrapped in foam, and supported in the back and shoulders, because he’s had some tenderness there and asked for it. Some astronaut!