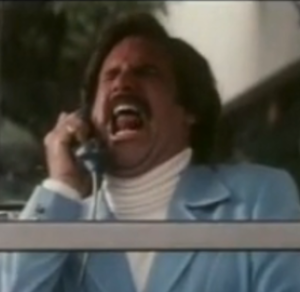 Last month, I wrote that it was hard to feel sorry for AT&T. The context there was that their love/hate relationship with Apple over the years has been tough on them. Boo hoo. Today, AT&T is playing the sympathy card again — this time in the context of net neutrality.

Now, AT&T shared some interesting data about the insane growth of wireless data expected over the next few years. And I’m not going to argue that there aren’t many challenges is getting these wireless networks to scale going forward. But it’s once again just so hard to feel sorry for AT&T given their actions in the past to block basically all aspects of net neutrality, and to block the opening of the wireless spectrum.

Obviously, Google’s new buddy Verizon agreed with AT&T on both of those things back in the day. In fact, it was only because Google made a ballsy commitment of billions of dollars that the spectrum was opened. Of course, it was both Verizon and AT&T that won that bidding for the spectrum. The two spent a combined $16 billion to win those spectrum licenses.

Here was Verizon’s statement on that at the time:

Notice the first things mentioned? The growth of their business and of their data revenues. At least Verizon was being upfront about that at the time.

Like Google, AT&T is now trying to play the “what’s best for the consumer” card. But again, this is all about their business. That’s not to say they’re not entitled to make money — of course they are — but their wrapping of this debate in their spin is nauseating.

In order to provide consumers with the high quality wireless broadband services that they demand, wireless carriers must to be able to dynamically manage traffic and operate their networks in an environment free from burdensome, arbitrary and unnecessary regulations.

High quality? AT&T? They can do whatever they want now and I have yet to see them deliver what I would consider a “high quality” network given what I’m paying them each month. Many seem to agree.

Once again, the real issue here is a complete lack of competition. Yes, it’s worse in wired broadband (it’s actually pathetic), but competition is awful in wireless as well. A few companies control the entire ecosystem. They’re now bitching about how they can’t handle the growth, but they won’t cede complete control and let other companies in to innovate in the space.

Yes, they’re spending billions of dollars to grow and expand their networks, but they’re also taking in billions more in revenues and profits each quarter. They can do more.

Sadly, at this point, I’m afraid it’s only the government that can make them — and believe me, it pains me to say that. But Google lost its spine somewhere a few miles back, apparently.

The way we’re going to solve the wireless data boom problem is not with caps and walls, it’s with innovation. It doesn’t take a genius to figure that out. That’s the way it works. Restrictions do not help innovation. But innovation threatens incumbents. You know: AT&T and Verizon — and yes, now Google as well.

We will solve this problem, but we need competition to foster that. Right now, there’s basically none. And Google acknowledged that in 2006 when they called Verizon and AT&T “monopolies.”

AT&T then twists their argument at the end of their post to say that what we really should be focusing on is the National Broadband Plan. Jesus. I can’t wait to see their post trying to suggest their looking out for our best interests there as well.