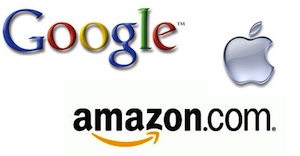 When Amazon first released the Kindle in 2007, it confused me. The popular notion was that it was a way to move more Amazon content. But at $399, who on Earth was going to buy it? Instead, it looked as if Amazon was interested in making money off of hardware sales. Time passed and the price dropped, but the biggest factor there was increased competition. Now, at $189 (for the 3G version), Amazon’s margins on the Kindle are undoubtedly much, much lower than they once were. So what’s the endgame here?

The Kindle does make sense as a device to move Amazon content. And it’s finally priced to the point where that can happen in a major way (at least for a while). But if Amazon’s hardware strategy really is a means to move content, why are they stopping with Kindle books? Well, they’re not according to some information dug up by the New York Times.

Amazon is working on a number of hardware products, sources tell Nick Bilton of NYT. According to these people with knowledge of Amazon’s plans, the Kindle was merely the first piece of hardware to come out of the online retail giant. More specifically, the company has a division named Lab 126 that is in charge of these hardware projects — and we can probably expect devices meant to facilitate Amazon music and movie purchases (and rentals) next.

The obvious initial thought there is that this could mean some sort of Amazon MP3 player. But MP3 players are already on their way out — just ask Apple. iPod sales continue to fall despite sales of nearly every other Apple product going through the roof. In fact, the only iPod that seems to be going strong is the the iPod touch — a device which is much more than an MP3 player.

It would make much more sense for Amazon to be working on some sort of media consumption device for the living room. Yes, an Amazon TV.

While Amazon’s movie download and rental services work on other devices, building their own set-top box would simply mimic their Kindle strategy. Remember that there are Kindle apps for the iPhone, iPad, and Android phones. The goal would once again be to make Amazon’s content as accesible as possible.

Such a box could obviously work for music purchases in the living room too. And Amazon may feel the need to move into that space as their Amazon MP3 service, long the second-fiddle to iTunes, is about to come under assault from Google too, with Google Music.

Further, Google TV is launching this Fall and could also mean more Google-provided content rather than content of the Amazon variety. And, of course, Apple is already in the living room with the Apple TV — but it’s the rumors of a major revamp that could turn it into a big player.

But the most interesting part of the story may be this blurb:

This person also said Lab 126 briefly discussed entering the mobile phone market to compete with Apple and Google, but the project “seemed out of Amazon’s reach.” But the person said Amazon had not definitively rejected the idea of building a phone in the future.

If such a project hasn’t even been started yet, obviously Amazon would be far behind by the time it got to market. But again, what if their plan for a phone wasn’t to have a super-fancy smartphone like the iPhone or Android phones — what if they wanted to build a cheap device that make it simple to consume Amazon content? It’s still a far-fetched plan (one they may be unlikely to do), but if they positioned themselves correctly, it could be interesting. 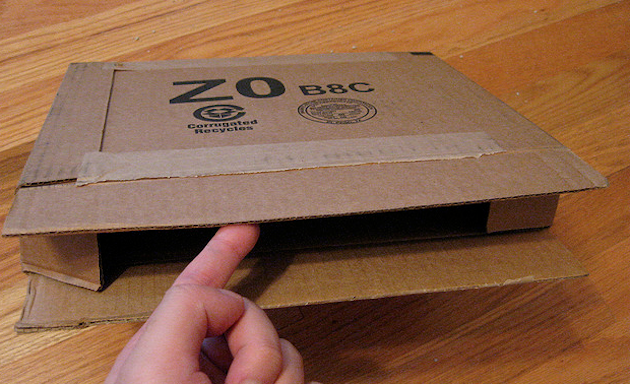 In the months leading up to Android, everyone believed Google was going to launch the “Google Phone.” We forget now, but one of the key ideas behind those rumors was that Google could potentially give the phone away for free thanks to the ad impressions it would generate. Obviously, that’s not what ended up happening. Google didn’t end up making the phones themselves (though they helped with the Nexus One) and the OEMs are still creating devices that tend to come in around $199 after a 2-year contract (in the U.S., at least).

What if Amazon could make a viable $99 smartphone? What about a $49 one? While they may lack the hardware prowess of Apple, clearly they’re working on strengthening that part of the business. As long as they don’t care about the build quality as much as Apple does, who is to say they couldn’t put something like that together?

Here’s another key quote from the NYT piece:

Internally, Amazon executives have been frustrated with other companies aggressively entering the digital content business, and one person with direct knowledge of the company’s plans said executives there were prepared to do whatever it takes to ensure Amazon remained a major player in the sale of digital content.

Because of devices like the iPhone, Android phones, the iPad, and soon Google TV, Android tablets, and Apple TV, Amazon’s consumer core is under assault. It may seem as if only Apple and Google are duking it out, but in their quest to one-up one another, they’re also gaining more control over their own content for their devices. That could spell major trouble for Amazon in the long run, and they know it.

The upcoming Windows Phone 7 is likely to take on Android, while anything HP does with webOS will likely take on Apple. Perhaps Amazon is content to let all of them duke it out while they quietly lurk and come up with their own solutions to ensure that Amazon content keeps moving.

Bring on the Amazon Phone.