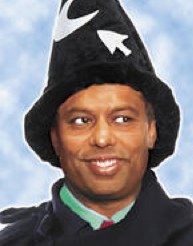 Washington Attorney General Rob McKenna’s office sent out a media advisory that they’ll announce a “major settlement with Internet company” tomorrow. Says the advisory : “The Washington Attorney General’s Office estimates millions of dollars have been deceptively obtained from Washington consumers by an Internet sales method known as post-transaction marketing. Attorney General Rob McKenna will announce a major settlement with one online company that will help protect consumers and provide refunds to Washington residents who were charged for membership programs they never wanted.”

We’re not sure how many companies the Washington AG currently has under investigation for post transaction marketing (they don’t publicly disclose that until a settlement is reached or a lawsuit is filed). But we’re hoping that Intelius is the company involved.

We’ve been tracking Intelius’ atrocious abuse of customers since 2008 when we first showed how the company was scamming consumers by tricking them into purchasing useless goods and services following transactions. We followed up in 2009.

The company’s planned IPO stalled but they re-filed again last year. A few months later John Arnold, a cofounder and EVP, was been indicted on a charge of lying to a grand jury about having sex with a dancer.

Last year the U.S. made a lot of noise about addressing the problem, but to date not much has happened. McKenna testified at the hearings, specifically calling out Intelius, and noted that “we estimate that well over $50 million has been deceptively obtained from Washington consumers over the course of the last four years” by post transaction marketing scams.

We’ll update when the AG makes his official statement tomorrow. Our only regret is that his office only has civil, not criminal, remedies to address this kind of stuff.