It’s basically a silk necktie with a plastic fan built into the tie’s knot. Just plug the thing into a USB port (the cable is 135cm long) and use the switch to turn the fan on and feel cooler instantly. If you want to use the tie on the go, get the optional battery pack holding four AAA batteries. As far as I can see, there are no major differences between version 2 and 3 (apart from the design of the tie). 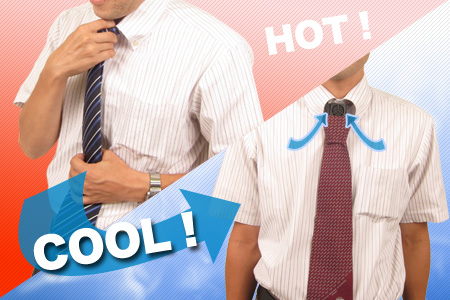 Thanko is offering the USB Necktie Cooler 3 to Japanese customers only, but if you’re interested, you can ask specialized store The Japan Trend Shop for import help (the store currently sells version 2 for $88).