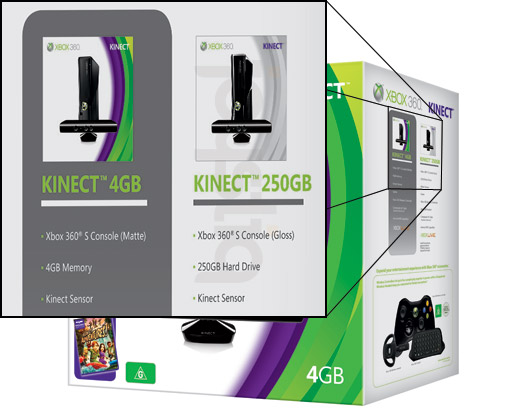 We heard about the 4GB Kinect Xbox bundle back in July, with its $299 price and matte finish. Rumors of a 250GB bundle proliferated after a few box shots made it look likely.

That 250GB bundle was recently spotted in Australia and appears to be a shiny, rather than matte bundle. In addition to the larger hard drive, the 250GB bundle will also include a headset, and come pre-installed with demos and apparently a game. No word on pricing of course or an international release schedule but it is probable they’ll have something for us by the holidays.

[via Joystiq and SlashGear]