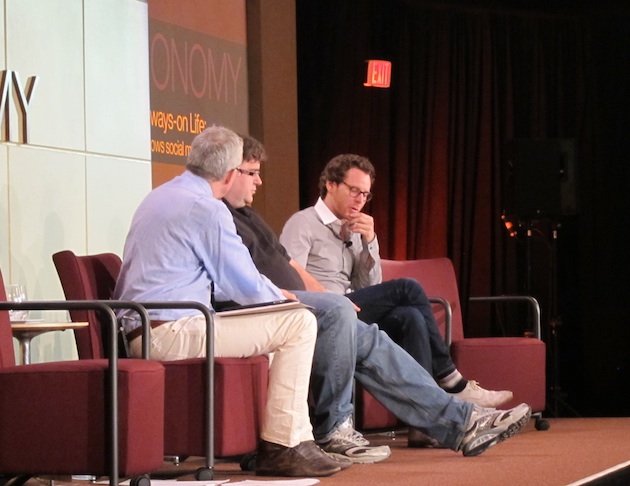 Today at the Techonomy conference in Lake Tahoe, CA host David Kirkpatrick sat down with Reid Hoffman and Sean Parker to talk about what follows social media. Specifically, Kirkpatrick asked the two what follows the social networks like Facebook?

Parker was quick to answer. “If I had an answer to that, I’d probably already be working on it,” he half-joked. But he elaborated to say that the idea there is one digital paradigm that exists at any moment is a fallacy. And the idea that something else is going to come along and kill it is largely created by the media.

He continued to say that obviously there will be different kinds of things in the digital world 10 years from now. But he said he doesn’t think the day-to-day engagement of Facebook will change significantly in that timeframe. He quickly caught himself to include the other social networks in that bucket too. He thinks there will be more things that augment these networks.

Hoffman also said that he doesn’t think social goes away 10 years from now. “We are social animals,” he said. He thinks that instead it will be about the evolution of social. Right now it’s largely about surfing, but soon it will be more purpose-driven, he believes.

“Social is the foundation on which things are built,” Hoffman said.

Clearly, both also don’t remember that we were all supposed to quit Facebook.

See also: Sean Parker: The Next Social Movement Is All About Live And Chatroulette Is There [Video]