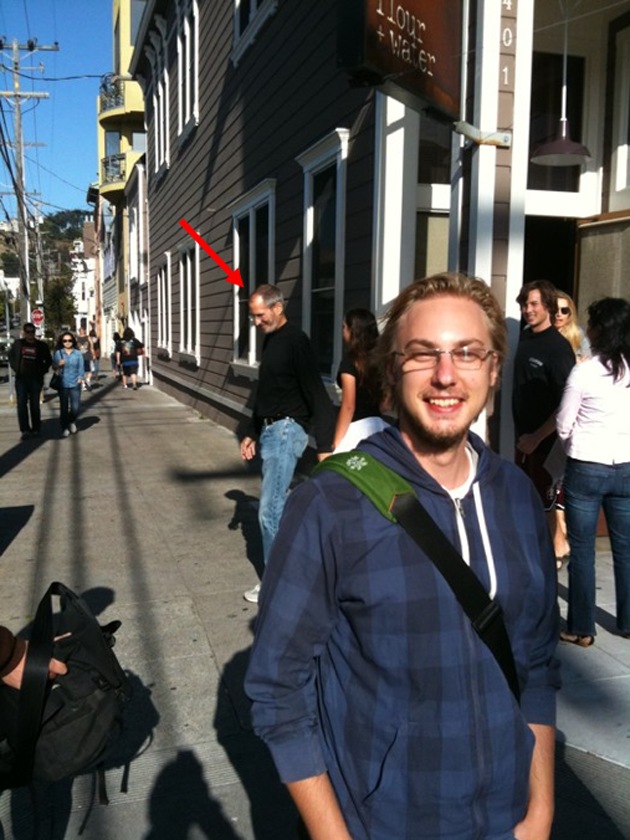 As in sometimes it’s hard for him to get a table without a prior reservation … Foodspotting founder Alexa Andrzejewski snapped the above pic of Apple demi-god Steve Jobs outside of San Francisco hotspot Flour + Water over the weekend.

What’s particularly notable here is that Andrejweski, who may I remind you owns her own location-based photo posting site, regrettably posted the photo to Twitpic instead of Foodspotting and offered no background or explanation as to whether she was part of Jobs’ entourage or just an innocent photo bomb bystander (we’ve contacted her for more info and will update this post if she responds).

The widespread reach of this image is further proof that we now live in a time where tech luminaries now draw as many eyeballs Hollywood stars, even if they do not hold the same sway over restaurant maitre d’s.  According to Sfoodie, when the customers right in front of Jobs snagged the last seats in the packed Flour + Water house so he did what a normal well-adjusted human would do and left.

Eat your heart out Dan Lyons.

Update: Andrejweski responds to us in an email, with more photos and the backstory behind the original image.

You don’t know how much I wish I’d posted “Steve Jobs @ Flour + Water” on Foodspotting now that it’s gotten Digged and over 25,000 views, but I was just caught up in the moment because I was so happy for my friend Kim, the guy in the picture, and we don’t *normally* encourage celebrity spotting.

Kim (@taro) is an awesome Swedish programmer living in Japan. He took a month off from work here at Smart.fm to do a cross-country road trip, with the idea of hitting Apple land as the Mecca of the voyage. He’d just spent the previous day in Cupertino, just to see “The Apple Temple.”

Kim is the the biggest Steve Jobs/Apple fanboy in the universe [Editor’s note. Insert MG joke here], and his trip ended with him seeing Steve Jobs and getting his picture with him plastered all over the place.

Kim’s second love to Apple is food, so I’d been planning to take him to Flour + Water for months. I had no idea that Steve Jobs would be waiting in line right behind us! What are the chances that, as our other flabbergasted friend Simon put it, “the great god in his infinite kindness and wisdom would grace @kimtaro with his presence at Flour + Water.”

When Steve Jobs politely declined our request for a photo with Kim, we walked away sullenly, but moments later my husband turned around to snap this “photobomb.” It was the happiest day of Kim’s life! Here are a few more photos to dispel the Photoshop charges. Plus this guy did a thorough analysis here.

By the way — he was there with his family of course. And yes, we were just bystanders. 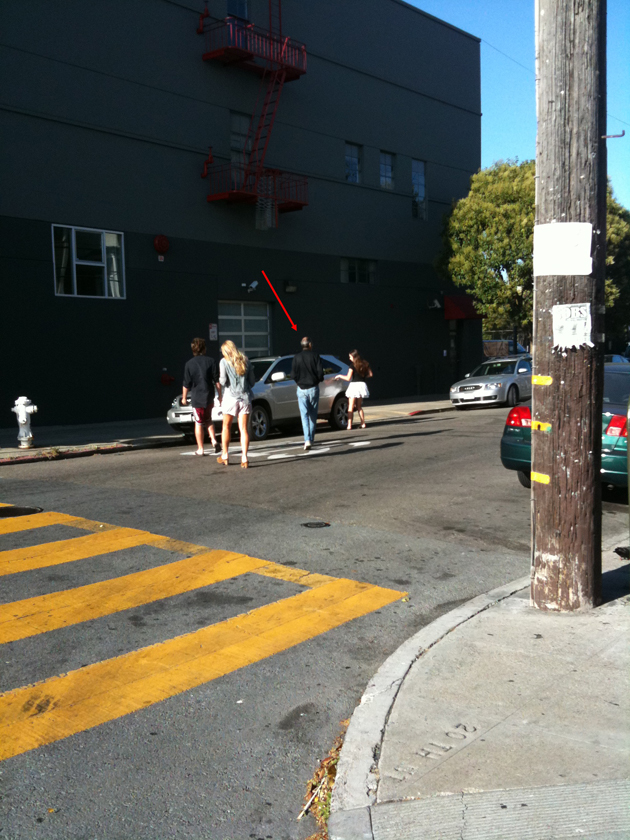