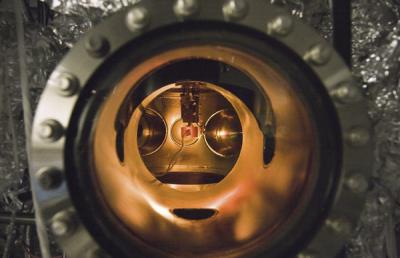 A Stanford University research group says it found a way to more than double current solar power production efficiency. The technology uses both light and heat from the sun and is inexpensive enough that, if it pans out, it might be able to compete with oil.

Most current technology can either convert light into electricity at relatively low temperatures, or convert the sun’s heat at very high temperatures. Stanford engineers claim they developed a way to do both.

The photon enhanced thermionic emission, or PETE, works best at high temperatures, where current photovoltaics struggle. Solar panels usually use silicon to convert photons to electricity, but only from a certain portion of the light spectrum. Unused photons generate heat in the cells, making them perform poorly and losing up to 50% of the energy reaching the solar panel.

Professor Nick Melosh, who led the research group, says PETE works best at higher temperatures, making it most effective when used with solar concentrators like parabolic mirrors used in solar farms, rather than as rooftop solar panel replacements. If installed in solar farms, PETE could also pass any waste heat it can’t convert to a solar farm’s thermal conversion system. The team’s vision is to attach PETE devices to existing systems.

Solar panels are often expensive because they require a lot of silicon, but one PETE device needs only about a six-inch wafer of semiconducting material, reducing the amount of investment capital needed to get it off the ground.

According to the research team’s estimates, the devices could reach 60% efficiency on solar farms. Falling short of that goal could still have significant effects. The team said if they can boost efficiency to 30%, it could make the cost of solar power comparable to oil.

This video from Stanford explains more about the project: